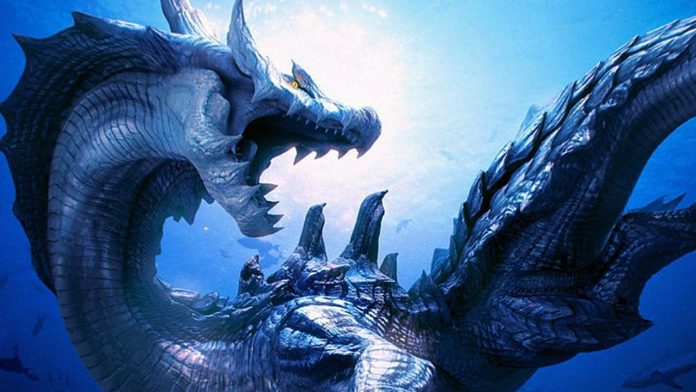 Tsujimoto and the director of Monster Hunter Rise: Sunbreak, Yoshitake Suzuki, told IGN about the upcoming expansion and explained in detail why Lagiacrus was overlooked, although “there is definitely a desire.”

“Unfortunately, Lagiacrus is just a very technological… difficult-to-implement monster. It is very similar to a snake, all its parts touch the ground at different moments,” explained Tsujimoto. “So it’s very similar to a writhing ground monster.”

Tsujimoto went on to explain that the variety of terrain, as well as the many slopes and falls in recent Monster Hunter games, especially complicates the implementation of monsters such as Lagiacrus.

“We would like to look back on it someday, but the technological difficulties are frightening,” complained Tsujimoto.

Firstly, neither Mizutsune nor Almudron drag their bodies on the ground the way Lagiacrus does. Part of Mizutsune’s chest can touch the floor, and both have special movements, but neither of them has as many points of contact with the ground as Lagiacrus under normal movement modes.

Secondly, both leviathans Rise were created to fight hunters on land. Lagiacrus, on the other hand, was originally designed for combat fully submerged underwater most of the time to take full advantage of the unique underwater combat mechanics of the Three. Obviously, the transition to new games is not easy.

The Flooded Forest, introduced in Tri and remade in Rise, is one such map familiar to Lagiacrus, and one of the reasons why fans may have hoped for his triumphant return. In Tri, the Flooded Forest had a completely underwater environment. But judging by the confirmed absence of Lagiacrus, we can assume that there are no underwater battles yet either.

When deciding which monsters to include, the developers said that “the design goal is for each monster to have an impact,” and for returning monsters “to blend well with the unique gameplay elements of the new game.”

Although Sunbreak doesn’t get Lagiacrus, it sees the return of Monster Hunter 4’s flagship monster, Seregios, as well as brand new Monster Hunter monsters like Lunagaron. You can watch the new gameplay of Lunagaron in the video above.

Sunbreak is described as a massive expansion for Monster Hunter Rise, similar to Iceborne from Monster Hunter World. It includes new quests of Master Rank, the new flagship Elder Dragon, Malzeno, quality of life improvements and much more. Sunbreak will be released simultaneously on PC and Switch on June 30, 2022.

Superman & The photo from the third season of Lois shows...