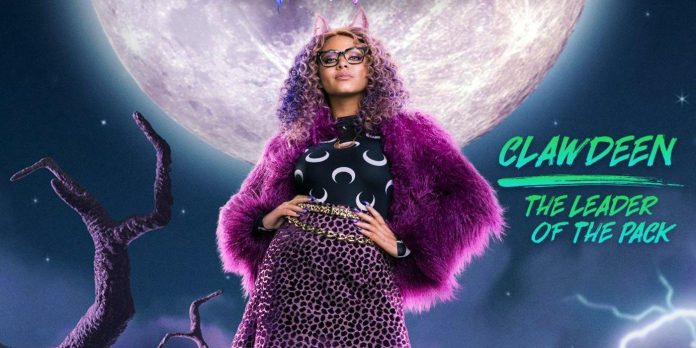 Nickelodeon presents new posters with the characters of the movie “Monster High: the Movie”, where you can look at the cast. In 2020, it was announced that Mattel was collaborating with Nickelodeon and Paramount+ to develop media projects based on the Monster High fashion doll franchise. It was confirmed that an animated series and a feature film are in the works, directed by Emmy Award-winning TV director Todd Holland. The details of “Monster High: The Movie” are small, although it has been suggested that the film will tell about a young Claudine who transferred to Monster High and befriends Frankie Stein and Draculaura, ignoring the threat that lurks in her new school.

Now Nickelodeon shares posters with the characters of the movie “Monster High”, where you can see Claudine and her classmates. Colorful posters show young monsters in their chic, disgusting outfits and set the fraudulent tone of the musical. The posters with the characters depict Mia Harris as Claudine Wolf, Ceci Balagot as Frankie Stein, Naya Damasen as Draculaura, Case Walker as Deuce Gorgon, Jay Prishkulnik as Cleo de Nile, Lina Lecompte as Laguna Blue, Justin Derickson as Heath Burns, Kyle Selig. as Mr. Komos and Marcy T. House as Headmistress Bloodgood. Gulia and Abby are noticeably absent from the new images, although Nickelodeon has confirmed they will appear in Monster High.

It’s clear that some fans are upset about the new character designs from the upcoming Paramount+ musical. There was an attempt to capture the bizarre fashion of the toy line of the same name, but the costumes and makeup were significantly softened, and some noticeable changes were made to the original appearance of the dolls. While Draculaura and Claudine are somewhat faithful to their toy colleagues, Cleo is a big deviation, and Laguna doesn’t have blue skin either. Perhaps these were creative appeals from the filmmakers, who probably found it appropriate to update the appearance of some characters in accordance with modern standards and make their real-time versions more believable. Let’s hope fans will warm to the new Monster High: The Movie when it comes out, as its growing cast of young talents fascinates on the way to the hearts of viewers.