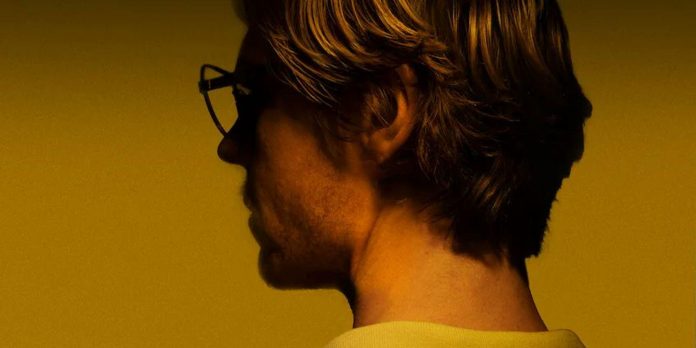 Ryan Murphy and Ian Brennan, creators of TV series including Hollywood and Scream Queens, present a new 10-part limited series that tells the story of one of America’s most famous serial killers Jeffrey Dahmer. The true crime series is part of Murphy’s $300 million deal with Netflix, under which he recently directed the biographical drama series “Halston” starring Ewan McGregor as the iconic American fashion designer.

In the upcoming series titled “Monster: The Jeffrey Dahmer Story,” Murphy teams up with longtime collaborators Ian Brennan, Janet Mock, Evan Peters and others to take a fresh look at Dahmer’s horrific crimes and how he managed to get away with it. long. From the plot to the release date — that’s all we know about the series, which is sure to be a hit.

Jeffrey Dahmer, also known as the Milwaukee Monster, was an American cannibal serial killer who killed 17 young men between the ages of 14 and 31, and preserved and desecrated their bodies. Dahmer, born in 1960, had a textbook childhood as a serial killer; an outcast raised by distant parents, he was obsessed with death, had disturbing sexual fantasies and had previously been arrested for indecent exposure and sexual assault. In 1978, he committed his first murder, provoking a series of murders that ended with his arrest in 1991.

Many films and TV series have been shot about Dahmer, for example, the 2018 psychological drama by Mark Meyers “My Friend Dahmer”, starring Ross Lynch. Deadline reports that “Monster” will be “unlike most previous interpretations of the story, which emphasized its sensational nature and gory details,” and that, instead, the serial approach “is psychological in nature and focuses on how the murders were allowed to happen for more than a decade.” In this issue, Monster is expected to explore the white privilege granted to Dahmer, who targeted black and gay communities. The series will be largely told from the perspective of his victims and will cover the period from the 60s to the early 90s.

The main role of Jeffrey Dahmer will be played by the regular of “American Horror Story” Evan Peters. In the first-look photo published by Netflix, the actor is depicted with an uncanny resemblance to a serial killer in the latter’s branded aviator glasses. Peters became famous for playing a killer ghost in the first season of “American Horror Story” “Killer House”. Since then, he has starred in several other well-known TV shows, including Marvel Studios’ WandaVision and HBO’s Mare of Easttown.

Other actors of “Monster” include Richard Jenkins (“Stepbrothers”, “The Shape of Water”) as Lionel Dahmer, Jeffrey’s father, who showed him how to bleach and preserve animal bones as a child; Penelope Ann Miller (“Carlito’s Way”, “Freshman”) as Joyce Dahmer, Jeffrey’s mother who struggled with mental illness while raising him; Michael Lerned (The Waltons, Scrubs) as Catherine Dahmer, Jeffrey’s paternal grandmother; Nisi Nash (“Scream Queens”, “Claws”) as Glenda Cleveland, Jeffrey’s neighbor, who tried to warn law enforcement about his suspicious behavior; and Colin Ford (“We Bought a Zoo,” “Dawn”) as Chazz, whose character remains a mystery.

“Monster” was co-created by Ryan Murphy and Ian Brennan, who also co-created “Glee”, “Scream Queens”, “Politician” and “Hollywood” (along with another longtime collaborator Brad Falchuk). Murphy and Brennan are also credited as the show’s writers, along with Reilly Smith, Janet Mock and David McMillan. Smith and Mock have worked with Murphy before; Smith as a producer on several of Murphy’s series, including American Horror Stories and Hollywood, and Mock as an executive producer and director of Poses. David McMillan wrote the screenplay of the short film “Laughter about. Jay” and two episodes of the TV series “Dexter: New Blood”.

Mock, Paris Barclay and Carl Franklin are the directors of “Monster”. Two-time Emmy Award winner Paris Barclay has directed numerous TV shows over his long career, including episodes of “C.S.I.: Crime Scene,” “Ambulance,” “The Good Wife,” “Stay Alive” and “Law and Order.” Barclay has also directed nine episodes of Glee, so Murphy is familiar to him. Carl Franklin is another well—established television director who has directed episodes of “House of Cards”, “Homeland”, “Pedigree”, “13 Reasons Why” and “Mind Hunter”. Monster seems to be his first collaboration with Murphy.

The premiere of the movie “Monster: The Jeffrey Dahmer Story” will take place on September 21, just in time for the creepy season. And if one series about Murphy and Brennan wasn’t enough, the unstoppable duo has another limited series coming to Netflix later this year called “The Watcher.”