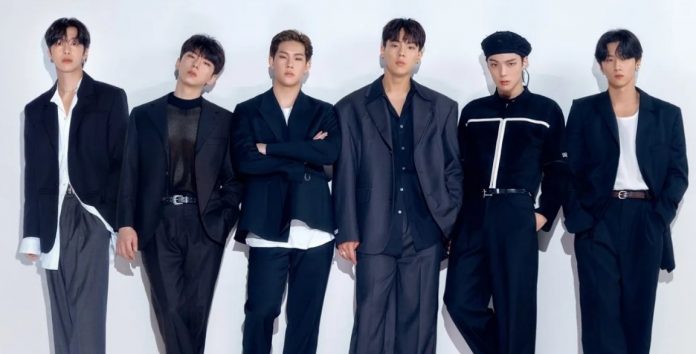 MONSTA X shows us a very different side with ‘One Day’ the first single from their next release that will be entirely in English. The first English single from the next MONSTA X album has just been released, have you heard One Day yet?

In 2020, MONSTA X released their first album entirely in English, something that would represent a challenge for the group, not only as it is not their mother tongue, but also by trying a different style to which idols were perfectly adopted; but would MONBEBE really like it?

Well yes, ‘All About Luv’ was a success and even reached the Billboard 200 ranking at # 5 , MX gained many new fans and listeners who loved its English production; With songs like ‘Who Do U Love’, ‘Middle Of The Night’ and ‘You Can’t Hold My Heart’ , MONSTA X captivated the hearts of all their fans.

In 2021, the idols of MONSTA X venture once again to test themselves with very different themes from those that normally have an accustomed public and have come up with ‘One Day’ , the first single from their next production entirely in English. The track was first released in South Korea and is positioning itself in the charts of the country, today it is finally being heard all over the world.

MONSTA X RELEASES ‘ONE DAY’, A NEW ENGLISH SINGLE FOR THEIR NEXT ALBUM

MONSTA X’s ‘One Day’ is a very calm, soft, and warm song with the sweetest vocals from the singers of this group; The peaceful vibes that this track transmits may represent a contrast to the songs so full of energy and power to which the K-Pop group is accustomed, but it is still an amazing and very enjoyable song. Which it is only true sign of the great versatility and ability to adapt to the members Monsta X .

In the video we can see the idols of MONSTA X where the color black predominates, a sad and melancholy vibe; but in the end, there is hope that although at this moment I am sad, maybe one day I will be able to overcome this rupture.

This single in English is sad with hints of melancholy too, the protagonist of the track ended up with someone who, apparently, never really loved him and although his friends try to make him see a better perspective of this breakup, he still cannot assimilate it feeling bad for your ex.

Forgive me Father Brings A Lot Of Chaos and Madness To...