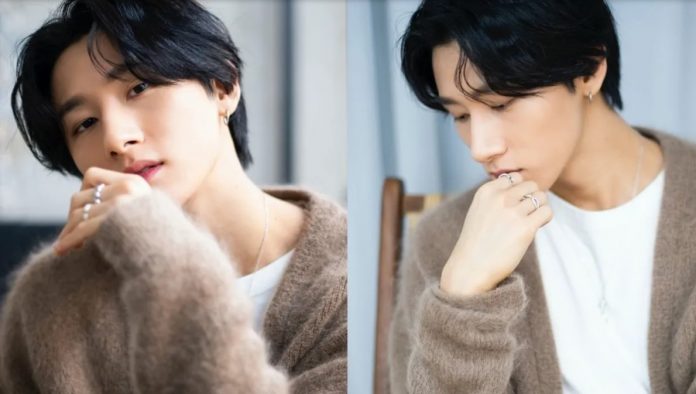 MONSTA X has exceptional idols , each and every one of them has shown great talents and abilities on stage that have conquered millions of hearts of all their fans ; but not only that, because the members of this K-Pop band also have charming personalities and charisms. And if that weren’t enough, his physical attractiveness is also second to none.

With IM there is no exception, the idol has not only impacted the world with his writing, composition, rap , singing, and dancing, but also with his incredible visuals that have fallen in love with a large part of MONBEBE and they cannot stop falling in love with this amazing rapper thanks to all its qualities.

MONSTA X’S IM LOVE STORIES THAT WILL BREAK YOUR HEART

MONSTA X’s IM has shared some of his love stories that could be a bit sad, in his documentary for ‘Welcome to my Baverse’ , he confessed that the second time he changed radically it was due to the breakup he had with his first love ; something that he remembers to this day and that left a mark on his life forever.

Perhaps in his songs we can find a little more about this, he even once said that the song ‘Misbehave’ by MX was one of his favorites and that he feels identified with it, although this song talks about a relationship maybe a little toxic .

Just changkyun choose misbehave as a song that describe his personality and kihyun agreeing pic.twitter.com/QNxo1lkIOD

Finally, very recently, on his show ‘Midnight Idol’ , in which Changkyun is the host alongside Kihyun , the MONSTA X rapper shared one more story of his sad love anecdotes , because when he was younger he had a strong crush on a girl who also liked him but they never confessed their feelings well and therefore they never had a relationship .

And it was until the girl in question started dating another guy that IM was encouraged to confess that he really liked her; Kihyun was only left to ask ‘What movie is this?’, LOL and to top it all, Naver decided to put on a song titled in Korean like ‘Can we become strangers?’; something that was perfect with Chang’s story and this caused him a lot of laughter.

Changkyun primary school love story: “I used to like this girl and she likes me too so we likes e/o,but in the end we didn't start the relationship & she ended up with someone else after awhile, I told her that I like her…that's all…” Aaah changkyuna🥺🥺pic.twitter.com/XHUzYzMywM

The Naver DJs just wanted IM to take a humorous look at their situation.

Either way there is much to admire and for which we cannot stop falling in love with Im Changkyun , so he will surely find true love , someone who complements him and makes him really happy <3.

Bram Stoker: Discover Other Unmissable Works By The Author of Dracula