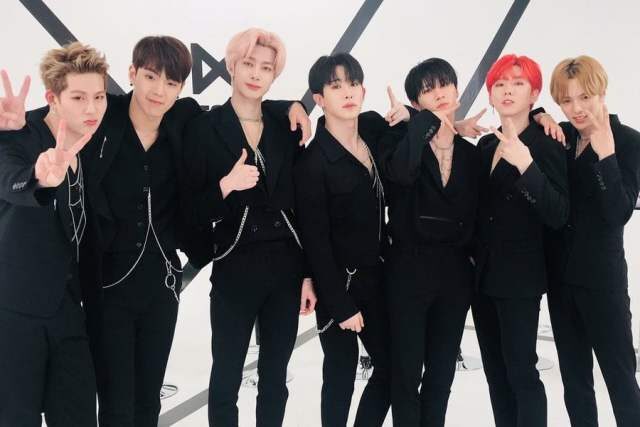 5 years ago, the group debuted with the single “Trespass”.

MONSTA X is about to release their new album “FANTASIA X” , although they delayed the date due to Shownu’s injury, but Monbebe has shown their support for them.

The Star Ship group debuted 5 years ago, the members were chosen through a survival program and today they celebrate their fifth anniversary, we tell you the details.

Through the hashtag #5YearsWithMONSTAX7 , Monbebe has shared various messages of congratulations and love for the boys, as each of them has managed to fulfill their dreams in the K-pop industry.

MONSTA X debuted on May 14, 2015 with the song “Trespass” , since then, they have released several mini albums with hits such as ” Dramarama”, “Alligator”, “Follow”, among others. The boys’ fame and talent have allowed them to perform at ceremonies like the Teen Choice Awards in 2019, they also released their first English album titled “All about Luv”.

Despite the admiration and celebration, Monbebe also remembered Wonho, as he will always be a member of MONSTA X , it was 7 who debuted and 7 who managed to win the hearts of fans and create a path for the group in the industry musical.

The singer has signed with a new agency, but the memories he formed with his colleagues are part of this fifth anniversary.

The group has managed to fulfill their dreams in these 5 years of experience , currently, Monbebe awaits the release of “FANTASIA X” , although the boys decided to delay its release because Shownu was injured.

What has Chris Hemsworth been doing since ‘Extraction’?