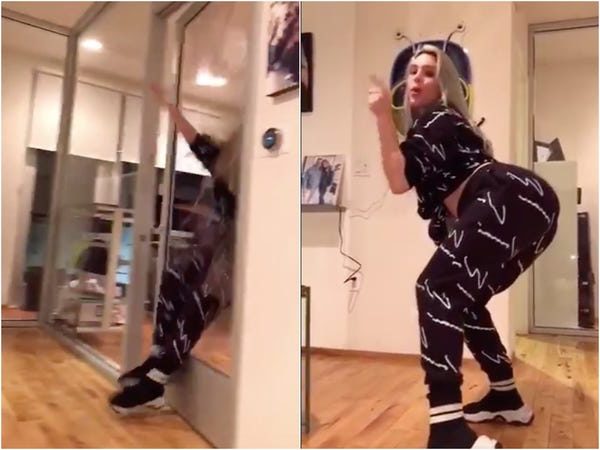 The images of the accident that Lele Pons experienced while dancing for a YouTuber’s TikTok video went viral. Pons, who made a video to share the figures he learned with his followers, lost his balance during the recording and flew to the glass door. Pons shared those moments from their social media accounts.

Lele Pons, 23, is one of the content producers who have millions of followers on social media. Pons, which was famous for its platform called Vine, which was offered to consumers years ago but was later closed, is currently actively producing content, especially on YouTube.

Having more than 16 million subscribers, Pons occasionally sings with vlog content while singing from time to time. Pons has been on the agenda since yesterday with a viral post on the internet.

Pons, who has been watched millions of times with many dance videos before, was trying to show off his newly learned TikTok dance figures, and his friends were recording him on video. The record, which is only 13 seconds long, actually starts quite normally.

In the next few seconds, Pons loses his balance and flies to a door made of glass. In the accident, the glass door becomes ice with salt, and Pons finds himself on the ground with his glass shards.

Pons, who shared this unfortunate incident from his social media accounts, signed one of the countless viral content on the internet. The video, which has been watched nearly 1 million times only on Twitter since yesterday, has received more than 500 comments. Some followers of Pons were worried about Pons because of this incident, while others said it was just a fiction.

See Also
Lele Pons Said And Threw Herself Into The Void ... Unmissable Video!

Video of Lele Pons “flying” over the glass door