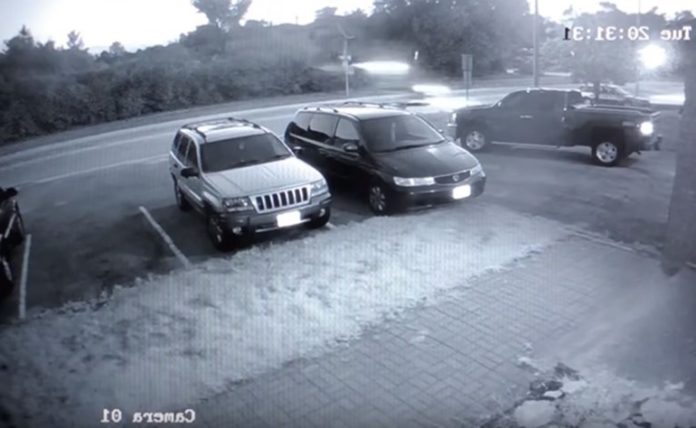 Images of a traffic accident occurred in 2018 appeared. It can be clearly seen in the image in question that a Tesla Model S, traveling at a speed of 170 kilometers, hits the railroad crossing and takes off. This catastrophic accident could be overcome without fortunate loss of life.

In the past few days, we shared a news with you and mentioned that a YouTuber “flew” with the Tesla Model X. Now we will share a similar news with you. But there is no YouTuber and deliberate action in our news this time. The images that appeared this time were from a traffic accident in Ontario, Canada in 2018.

A Tesla Model S crashes and flies on a railroad crossing as it travels at a speed of 170 kilometers per hour. The Tesla Model S, which remains in the air for seconds, makes a very hard landing after a while. This disastrous accident survived without any loss of life.

The moment the Tesla Model S flies
According to local sources, the 2016 Tesla Model S was used by a 48-year-old person named James Phipps. Phipps normally had to pass 50 kilometers through the railroad crossing, but Phipps had passed more than three times the legal limit. This caused the event you saw in the photo above to be experienced.

This accident in 2018 mobilized the authorities and the investigation started. James Phipps, who made his defense at the court, said that he did not use the road he had accident so much and that he applied the brakes when he saw the train crossing. Expressing that he does not remember exactly what he experienced, Phipps added that he may have stepped on gas instead of brake.

Images of the moment of the accident