Home Crypto Molyneux’s NFT Game Has Brought In Over 45 Million Euros And Has... 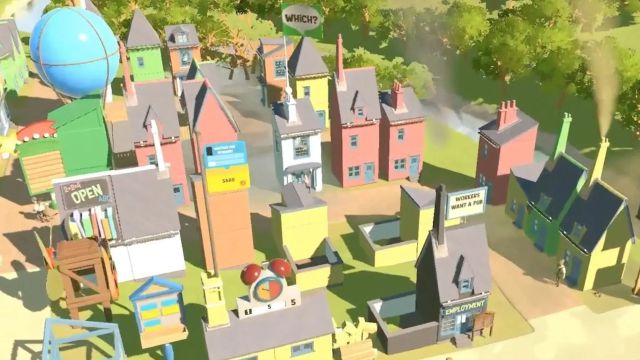 NFT: Legacy has been reformulated as a game that uses blockchain technology, so you can enrich yourself with the NFT plots you buy. A few hours after the Stalker 2 developers have backed down with their NFT (non-fungible tokens) policy, it has been confirmed that the studio led by legendary British developer Peter Molyneux, ex Lionhead, has already triumphed in the market with his new video game. And that Legacy, from 22cans, has not yet been released. It is a product that has its own cryptocurrency and that allows us to buy virtual land for real money. Through the sale of NFT, the studio has already pocketed 40 million pounds, about 47 million euros to change.

It’s the market, my friend

Molyneux first mentioned the game in 2017, but it wasn’t until just a few days ago that Legacy has returned to the front page. The game is based on the design and construction of an industrial city in which the inhabitants work in factories, a complete metaphor for what the NFT business is. LegacyCoin are the cryptocurrency that is used to acquire these products based on blockchain technology. So, you can become a real landowner and get real money for your land.

“Owning NFT land allows you to start your own blockchain business at Legacy. You will be able to play Legacy ”by making the gameplay yours, according to Gala Games, the studio that has partnered with 22cans to develop the video game. “As a business owner, you will have access to the Legacy Keys. These objects can be transferred to other people who want to open an ingame business at Legacy ”, so they will become your business partners. This collaborative relationship will allow you to “share” a portion of the LegacyCoin earned.

NFTs are being implemented in video games and large companies such as Ubisoft have already announced their projects, to the reluctance of some users. Legacy, meanwhile, does not yet have a release date, although everything seems to indicate that it will be released in 2022.