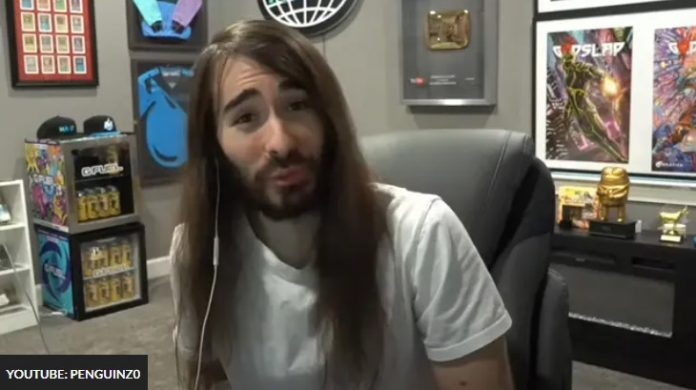 Charlie “MoistCr1TiKal” White stated in a recent video that the hatred Dream received after finally revealing his face was “inevitable” due to the fact that people don’t like him at all.

After years of teasing his possible face disclosure and thousands of his fans constantly trying to figure out who he is, on October 2, 2022, the popular YouTuber Dream Minecraft revealed his identity.

Fans and other creators reacted quickly to the discovery, and Valkyra, Ludwig, Pokimane and others shared their positive feedback on Twitter.

However, not all reactions were positive. People shared comments on Twitter like “he’s ugly” and “put the mask back on,” seemingly for no reason.

In a video uploaded on October 3, Charlie talked about the reaction of Dream fans on Twitter and how negative it was.

However, he says it was “inevitable” because of people who generally hate Dream.

“There are a lot of people who hate Dream, they hate his fan base, they can’t stand this guy,” he said. “So I feel that no matter what he did here, it had to happen. It was inevitable.

“He could have revealed that face, and it turned out that Henry Cavill was hiding behind the mask… and Twitter would have eaten him alive anyway, calling him ugly.”

White also mentioned that it could be a “copium” because he doesn’t want to live in a world where Dream is “the ugliest creature in the world” because he thinks it plunges him “into the deepest pit of hell in terms of attractiveness.”

Whether you like Dream or not, we will see his face more often in the future. Although he mentioned that he was going to continue hiding his face in the Minecraft video, he explained that his face was revealed so that he could start making IRL content with Sapnap and Georgenotfound.

Or who knows, maybe even MrBeast will be involved.