Home Tech Modified Toyota Hilux that looks good enough to be the nightmares of... 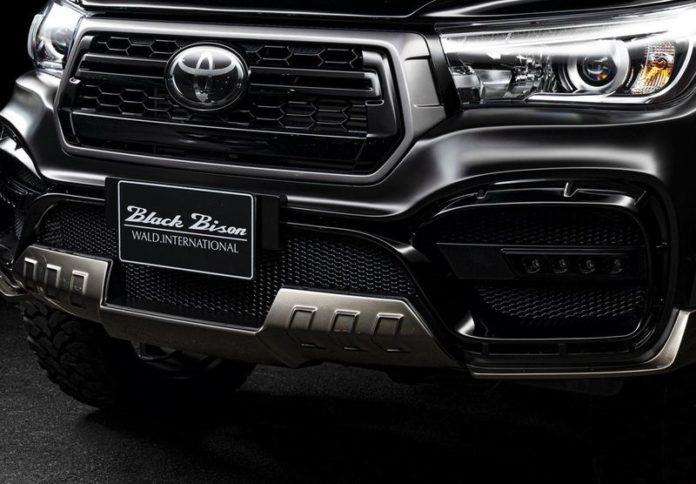 Japanese modification company Wald International has made an interesting modification that will make Toyota Hilux the fearful dream of its most important rival, the Ford Ranger Raptor.

Toyota’s pickup model Hilux has a well-deserved reputation all over the world for its durability. Toyota Hilux, which continues to work even though a huge building collapsed on Top Gear, the famous automobile program of the BBC, has been developed and produced by Toyota for a long time.

It is claimed that Toyota plans to make Hilux more aggressive like Ford Ranger Raptor. However, such a Hilux design has not yet emerged. However, Toyota’s modification company Wald International, which operates in Japan, has made these plans a reality.

Toyota Hilux, modified by Wald International, was named Toyota Hilux Black Bison Edition. Modified under the name Black Bison Edition, Hilux is almost full body enlarged. The developers of Wald International have added wide fenders, a new front bumper and an extremely aggressive hood to Hilux. Pickup has become approximately 5.50 cm wider than the original Hilux body with this body design. The spoilers placed on the upper part of the body of the vehicle and the rear tailgate are designed with LED lights. The standard exhaust of the vehicle was also replaced by a three-headed exhaust.

Wald International did not disclose any changes made to the engine part of the Toyota Hilux Black Bison Edition. This suggested that there was no upgrade to the vehicle’s engine. Hiluxs in Japan have a 2.8-liter diesel engine that produces 174 horsepower and 331lb-ft of torque. Hilux in Europe has a 2.4-liter diesel engine. Whichever Hilux version is chosen, it can be seen that this engine power cannot overcome the Ranger Raptor’s engine producing 210 horsepower.

Telegram app should get ads and paid from 2021

iPhone: How To Fix Your Lightning Port If It Is Not...