Modern Love: Inspired by a column in The New York Times, eight more episodes of the anthology series Modern Love will be available on Amazon Prime Video starting August 13th. For this reason, the streaming service has already released an unpublished trailer for the 2nd season, including Kit Harington in the starring role of one of the episodes.

Apparently, her character will fall in love with a woman (played by Lucy Boynton) during a train journey. He knows nothing or next to nothing about her, but he believes the two might have a chance to be happy together if a hypothetical reunion happens.

Though his best friend thinks the two will never see each other again, Harington’s character’s hopes are high for the future. Somehow, it seems to be fun to watch the eternal Jon Snow from Game of Thrones with a totally romantic nuance.

Check out the full trailer:

As the images show, other very interesting stories should be addressed throughout this new batch of production episodes. Among them is the development of the plot of a man (played by Tobias Menzies) trying to get closer to his ex-wife.

In addition, viewers will also watch the saga of a couple (formed by Anna Paquin and Garrett Hedlund) who want their first night together to be amazing, plus Dominique Fishback and Isaac Powell playing best friends who want to risk everything they’ve built over the years to live a great romance.

According to the official description of the series, the 2nd season will present a collection of narratives about relationships, connections, betrayals and revelations in a unique way. “Each episode showcases love in all its intricate and beautiful forms, all inspired by real events,” says logline.

So stay tuned and be sure to check it out! New episodes of this show full of lovable characters will be available in streaming on August 13th. 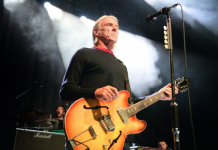 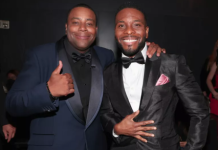 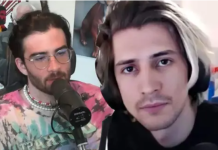 Huiyeon and Jian From LIGHT SYM Leave The Band