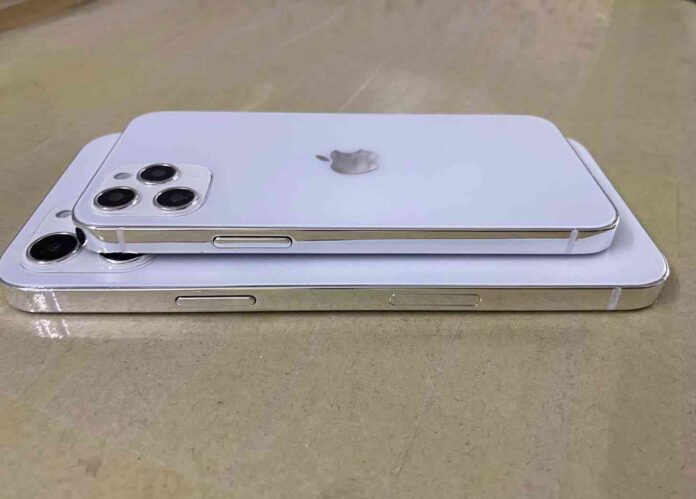 Model models of the new iPhone 12s are expected to be released this fall. The models appear to have a straight edge and 3 rear cameras. Of course, it is worth remembering that these model models may not be the same as the original version.

Model models of the new iPhone 12 series, which are expected to be released this year, have appeared on the Internet. Judging by the models of the iPhone 12 trio published by Sonny Dickson on Twitter, it is seen that three models of different sizes have straight edges and a triple camera arrangement on the back. It should be kept in mind that model models will not be fully compatible with the series expected to be released this fall.

The screen sizes of model models of different sizes are reported to be 5.4 inches, 6.1 inches and 6.7 inches, respectively. The straight edges and triple camera layout also seem to be compatible with the iPhone 12 models that have appeared earlier. According to a previous rumor, the main body of the new models would be to revive the design elements seen on the iPhone 4, with flat edges and glass covers on the back and front.

While Dickson says that model models should not be taken as ‘100 percent’, according to some rumors, a LiDAR sensor will be added to the back, while others will only be included in the Pro Max model. In addition, it is also claimed that Apple will use the triple camera array in Pro variants, while other models will have a dual rear camera array. In this case, the smallest iPhone in the image released by Dickson should not have a triple camera array.

It is not known how Dickson obtained these images or how accurate the images were. Many accessory manufacturers produce model model versions for Apple products that have not been released yet. Thus, they take advantage of the alleged CAD leaks and rumors, helping to make the products to be published in the future, enabling them to come up with products that are close to their own.

Before Dickson’s mock-ups, images of the patterns appeared on June 14th. These examples show the machined metal representations of the models. Variants from the 3D printer were created on June 1.

Notepad, Paint and WordPad Can Be Removed in Future Versions of...