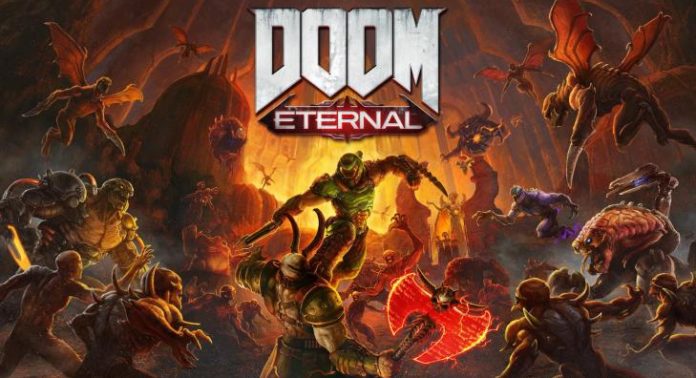 A mod developer named ‘MassiHancer’ is working on a mod that gives DOOM Eternal support for ray tracing technology. The developer shared a small video from his yet unfinished mod.

The ray tracing technology introduced by NVIDIA in 2018 and hosted in the new graphics card series RTX, is still not fully mature today. However, although the technology is considered immature for now, it continues to be developed and of course to be the graphics technology of the future.

Ray monitoring technology of NVIDIA has been supported by the number of video games to date. Unfortunately, the new game of the legendary series DOOM, DOOM Eternal, was unfortunately released without supporting beam tracking technology. But we have news for those who want to play DOOM Eternal with the experience of ray tracing technology.

While DOOM Eternal does not currently support ray tracing technology, a mod developer who is obsessed with this is developing his own ray tracing mode with 4K textures. The developer of the mod shared a small video of the mod he was working on that would carry DOOM Eternal to a completely different dimension.

MassiHancer has not only made improvements to realistic reflections, textures and depth perception within the scope of its mod. The mod developer also made visible changes to the colors of the game. Of course, in a combination of DOOM Eternal and a brand new graphics mod, you have of course also wondered about the system where the mod developer recorded the video.

MassiHancer shared the system it used to record the video you see below with us. The mod that gives DOOM Eternal ray tracing technology and 4K textures was played in a system that includes Intel i7 8700K processor, Zotac RTX 2080 Ti AMP (11GB) graphics card and 16 GB RAM.

Google and Apple tracking API updated by the authorities