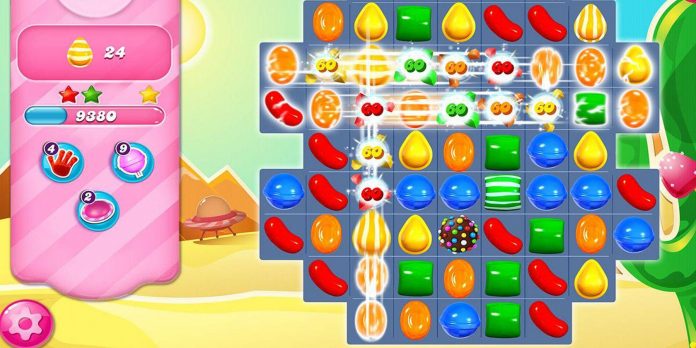 While the gaming industry as a whole has certainly grown over the last decade or so, no other gaming niche has expanded as significantly as mobile games. Thanks to the surprisingly low cost of entry and often equally surprisingly aggressive microtransaction schemes, it provides extremely high profits, especially in the case of Activision Blizzard.

As most gamers know, Activision Blizzard owns the intellectual property of Candy Crush, one of the most popular mobile games of all time. Whether it’s because of a simple theme or an exciting gameplay, Candy Crush has become a huge source of profit for the publisher, and the company’s quarterly earnings report for the second quarter of 2022 shows that it is far ahead of PC and console offerings.

Activision Blizzard acquired King, the developer of Candy Crush, in 2016, which probably became one of the most profitable business decisions of all time. According to the publisher’s latest earnings report, in the second quarter of 2022 alone, its mobile games generated $831 million in profit, which is 51% of total revenue for this period. Candy Crush alone earned $684 million, although Call of Duty Mobile will almost certainly be the second largest revenue. For comparison, Activision Blizzard games for consoles earned $ 376 million, and PC versions — $ 332 million.

While this information is not surprising in itself, the potential profitability of mobile games stands in stark contrast to the rest of the industry. Of course, it’s also worth noting that the company’s next quarterly report will be even more impressive thanks to the new Diablo game. After all, Diablo Immortal earned over $100 million in just a few weeks after its release, and that’s only on mobile phones.

If it wasn’t clear why Microsoft sought to acquire Activision Blizzard, this earnings report should explain it. Despite all the controversies the publisher has faced over the past couple of years, the simple truth is that the company is still making huge profits, and this trend is unlikely to wane in the near future. This is once again emphasized in the conclusion of the report, where Activision Blizzard CEO Bobby Kotick said he expects even more profit growth in the long term.

Curiously, the Cat previously said that he would like to see an Xbox-funded Candy Crush game with social features, which would be interesting to see in practice. Regardless of whether this eventually happens or not, Microsoft will definitely be interested in exploring the various lucrative IP addresses of the publisher after the acquisition is completed, and mobile games will undoubtedly become a core element of any future developments in this regard.

Tom Holland claims he’s not satisfied with his performance