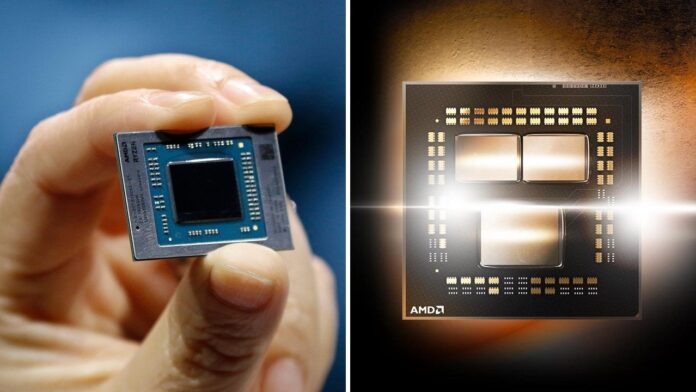 With our approach to 2021, there is little time left for the CES 2021 AMD event on January 12. While the Ryzen 5000 series mobile processors are expected to be introduced with the event, it is expected that there will be great performance increases on the mobile side as well as on the desktop. In particular, the flagship AMD Ryzen 9 5900HX impresses with its performance. The mobile Ryzen 5000 series will be the first mobile processors to use the Zen 3 architecture.

In addition to H series processors, U processors are expected to be introduced with efficiency.

According to Geekbench scores leaked by @TUM_APISAK user on Twitter, the flagship AMD Ryzen 9 5900HX hosts major performance improvements over its counterpart. If we look at the single and multi-core scores of the previous model Ryzen 9 4900H, we see that on average it got 1250 and 8300 points, respectively. However, the advantage brought by the Zen 3 architecture can also be seen in mobile processors.

The new flagship AMD Ryzen 9 5900HX has really made a huge improvement with its performance. According to the leaked Geekbench test, the processor scored 1534 and 9015 points in the single and multi-core test, respectively. Thus, the Ryzen 9 5900HX experiences a performance increase of 25 percent on the single-core side and 8 percent on the multi-core side compared to its counterpart Ryzen 9 4900H. The processor with 3.3 GHz base and 4.71 GHz maximum frequency comes with 8 cores / 16 threads.

According to this leaked test, the Ryzen 9 5900HX collides head-on with Intel’s desktop processor, the i7-10700K, in a single core. Operating at 5.1 GHz, the 10700K scores an average of 1530 points in the Geekbench single core test. The meaning of the X in the name of the Ryzen 9 5900HX is currently unknown. Another ambitious AMD processor, Ryzen 7 5800H, gets 1475 and 7630 points, respectively, in Geekbench’s single and multi-core test.