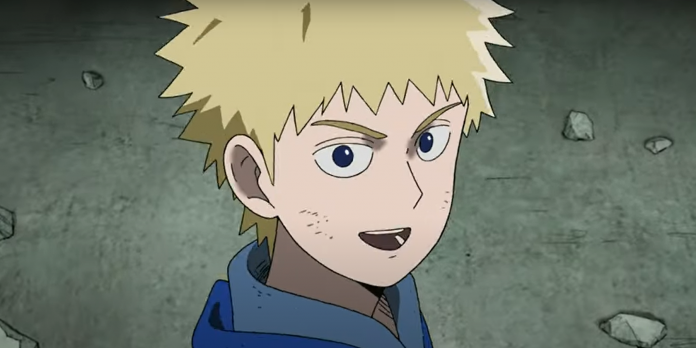 On the eve of the upcoming Mob Psycho 100 III anime, a new trailer for the popular character Teruki Hanazawa has been released. The official Mob Psycho 100 Twitter account on Wednesday shared a trailer dedicated to the character, which shows the key moments of the character from the first and second seasons.

The character’s trailer also features voice acting of various replicas performed by his voice actor Yoshitsugu Matsuoka. The new trailer comes out a few weeks after the release of the official trailer and the disclosure of the new title song “1” by Mob Choir.

Since the announcement of the third season, some members of the staff for the upcoming season have been revealed: the director of the first two seasons, Yuzuru Tachikawa, has been transferred to the position of executive director, and the director of SK8 is “Infinity” Takahiro Hasui. to be put in the director’s chair this season. Various collaborators from previous Mob Psycho 100 seasons returned for the third season, such as series coordinator Hiroshi Shoko and Kenji Kawai in charge of music.

Yoshimichi Kameda returns as a character designer, while legendary sound engineer Kazuhiro Wakabayashi returns this season, and the production as a whole is handled by the famous BONES studio. The cast of the series retains its voice actors: the main character of the Mob is voiced by Setsuo Ito, Takahiro Sakurai returns as a cheerful Reigen and, of course, Yoshitsugu Matsuoka reprises his role of Teruki Hanazawa.

The story of Mob Psycho 100 tells about the life of Shigeo “Mob” Kageyama, who was born with psychic abilities, but just wants to live a normal life. Struggling to express himself, the Mob suppresses his emotions until they reach a critical limit, and then something extraordinary and terrifying happens to him.

The series tells the story of his life and choices as he works hard to take responsibility for his life without letting his incredible strength go crazy. The anime series is an adaptation of the webcomic of the same name written by ONE, who is also known for his hit comedy series One Punch Man. It was first published on the Ura Sunday website from 2012 to 2017 and consists of 16 volumes. The first two seasons were released in 2016 and 2019 respectively, so the third season follows the trend of releasing a new anime adaptation of Mob Psycho 100 every three years.