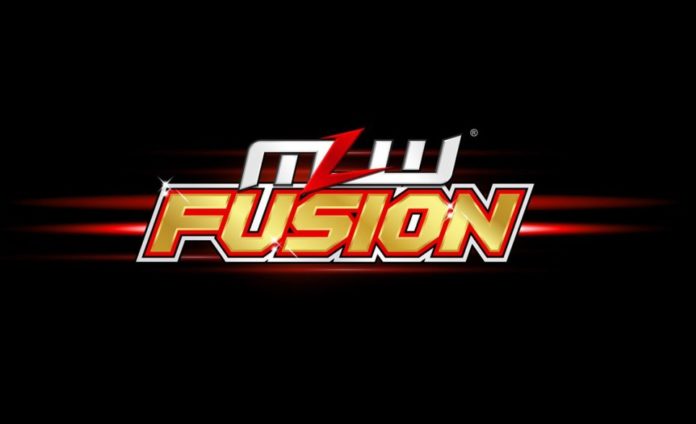 Yesterday a new episode of the weekly Major League Wrestling show, MLW: Fusion, was recorded from the NYTEX Sports Center in Dallas, Texas. Below we show you the results of the show.

Rich Bocchini and AJ Kirsch welcome us to a new edition of Fusion that will be produced by The Dynasty . Bocchini reads a prepared statement from Dynasty, which includes today’s billboard: Gino Medina fights Seventh Dragon; Alexander Hammerstone defends the national Openweight championship against Aerostar; and MJF and Richard Holliday challenge Von Erichs for couples’ titles.

Flashback to the statements made by Mance Warner last week, insulting Dynasty. Warner has been kicked out of the arena this week by decision of the faction. New flashback at the moment in which Medina joins Dynasty. Richard Holliday joins the comment table with Bocchini and Kirsch, for the first fight of the night.

-Gino “The Untouchable” Medina defeated Seventh Dragon . After the fight, Medina and Holliday attack Seventh Dragon and tear off his mask. Konnan enters the ring trying to prevent Dynasty from continuing the attack.

Kirsch and Bocchini read another statement from The Dynasty. “Tonight is a guarantee that there will be new MLW tag team champions.”

Mance Warner releases a video on his Twitter. Warner explains that the reason he has been banned from entering the arena is because of the dress code and promises that fans will see him again very soon.

Announcement of MLW Intimidation Games in Chicago, followed by a cartoon about Erick Stevens. Bocchini announces that Stevens will make his official debut next week.

-Alexander Hammerstone defeated Aerostar , to retain the MLW Openweight National Championship. Hammerstone tore off Aerostar’s mask to get the victory.

After the fight, Konnan yells at Hammerstone and tells him he is disrespectful. Several referees cover Aerostar’s face and help him out. Hammerstone smiles and leaves leaving the mask of Aerostar in the ring

Message from “Filthy” Tom Lawlor. He and Dominic Garrini keep walking through Dallas. They stop at the Sportatorium, the famous stadium where the Von Erich family fought. Garrini calls the place a dump and Lawlor wishes Von Erichs luck, but says they have a future showdown against Team Filthy.

Promo by Jacob Fatu, who summons challengers from around the world. It focuses on CIMA from Stronghearts. Commentators confirm that Fatu will defend the heavyweight championship against CIMA within several weeks .

Interview with the Von Erichs, who are with Davey Boy Smith Jr. Davey Boy says there has always been a unity between the Hart family and the Von Erich family and says he will watch his back at tonight’s main event, especially by Tom Lawlor to whom he promises “an eye for an eye”.

Elsewhere, Gorgan runs into Mance Warner. Gorgan says that under Dynasty’s orders he is not allowed to let Warner in. He and Warner share a beer. Gorgan asks for another and tells Warner that MJF is a jerk and lets him in. Warner accepts and enters.

Kirsch and Bocchini tell us that next week King Mo will be in action, just as Erick Stevens will debut against Douglas James. Also next week, “Filthy” Tom Lawlor will face Ross Von Erich.

The episode closes with the Von Erich brothers celebrating with Texan fans while Dynasty laments to the side.

Paul Finebaum told if he would hire Urban Meyer at Nebraska