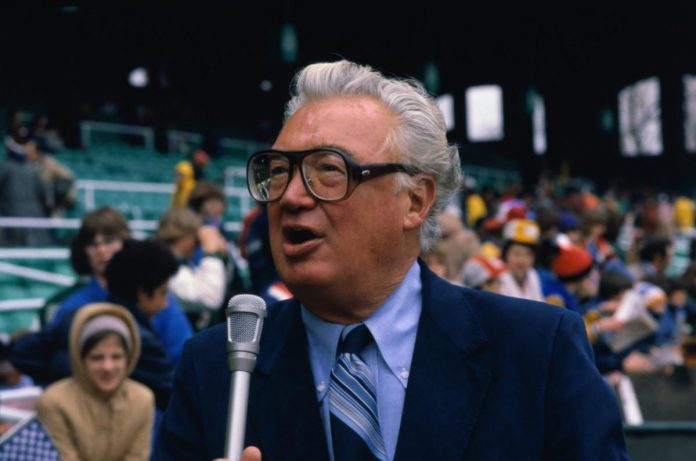 The man credited with popularizing the singing of “Take Me Out to the Ballgame” during the seventh inning at baseball stadiums across America is sorely missed in the Windy City and elsewhere.

But according to Timothy Burke, fans may see him again at the second MLB Field of Dreams game between the Cubs and Reds.

Per Burke: “Have you heard that Fox is testing a reanimated Harry Carey in the form of a hologram for tomorrow’s game Field of Dreams? Someone who has seen the footage says it is “unconvincing” and “possibly offensive.”

The MLB world reacted to the speculative hologram on Wednesday.

“I really hope this is a joke,” another user replied.

“I really need to see this,” David Fusillo said.

“Please let FOX do this only for the posts that will be after,” Jay Gordon said.

It’s hard to imagine that the faithful of Chi-Town will like it.