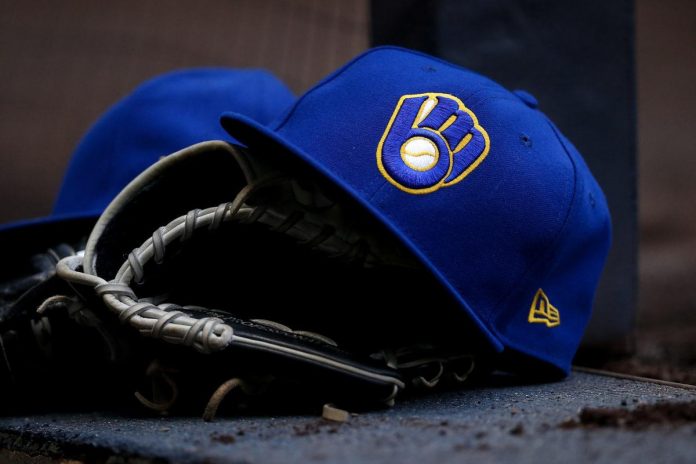 Initially looking like he somehow stayed in the game, Brewers rookie Jonathan Davis left Tuesday’s matinee against the Tampa Bay Rays after an absolutely fearless catch, diving headfirst into the wall in center field.

Davis was tracking a ball flying deep from Randy Arosarena’s bat and clumsily collided with the fence, immediately startling the spectators when he started grabbing him by the back.

According to Matt Baker of the Tampa Bay Times, the Brewers took out the cart after Davis hit the wall, but the outfielder miraculously stayed in the center with a smile on his face.

However, in the next inning, he was replaced by Jace Peterson, who took a place in right field, and Tyrone Taylor moved to center.

The 30-year-old was recently acquired by Milwaukee and played in six games for Brew Crew.

In his 21 plate appearances with the team, Davis is hitting .278 with an RBI and a stolen base. His increased speed intrigued Brewer most of all, and he demonstrated this when he was able to catch up with this strong blow to the center.

What a Davis game. Let’s hope that the injury he received is not too serious, and he will be able to flash the glove again in the very near future.

Jerks: Troy Aikman explained, more on the ear from Radio

The reaction of the football world to Jack Harlow’s performance in...