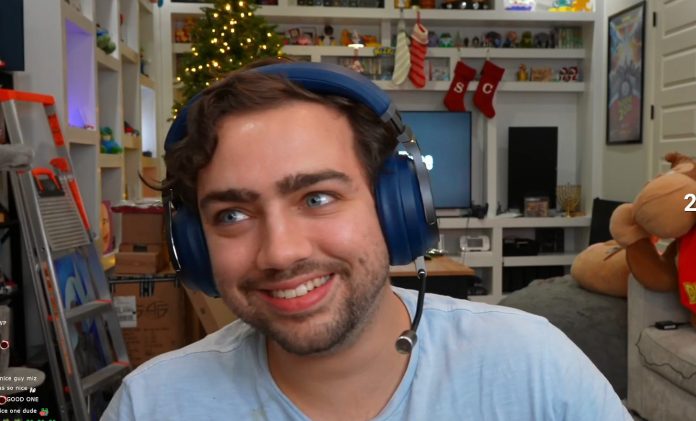 Mizkif , Will Neff and PayMoneyWubby teamed up during the stream to pay tribute to the deceased Twitch streamer Byron “Reckful” Bernstein by creating a memorial on the viral canvas r/place.

One of the things he was widely known for was a rather large stuffed duck, which almost always appeared somewhere in the background of his camera frame. He became so iconic that fans were constantly creating art with the image of an animal.

Mizkif, WillNeff, PayMoneyWubby and their communities worked together to bring the iconic Reckful animal back to life with a tribute on the Reddit viral canvas, which is posted on r/place every April 1.

For the past few years, on April 1, the r/place subreddit has been opening up a canvas for users to create their own works of art on. The platform allows users to make changes to one pixel every five minutes.

On April 2, Mizkif called on all available Twitch streamers to unite and pay tribute to Reckful on the last day.

He said, “In the last hours of r/place, which will be the ‘war’ itself, we should all come together and create a giant Reckful duck.”

On February 3, they did so. Mizkif, PayMoneyWubby and Will Neff have teamed up with their communities to pay a pixel-by-pixel tribute to their deceased friend.

They recreated the iconic Reckfuls duck with a cosmic background, which was originally created by a fan of the creator, Liftaris, and posted on his subreddit a year ago.

“Boom, baby, look at this! Fill out the rest of the boys! It’s over,” Mizkiff exclaimed. “Everything is ready! We did it!”

The annual revival of r/place has been a content hub for many Twitch streamers since it came back to life—xQc broke its record for the most views since Reddit censored its art.