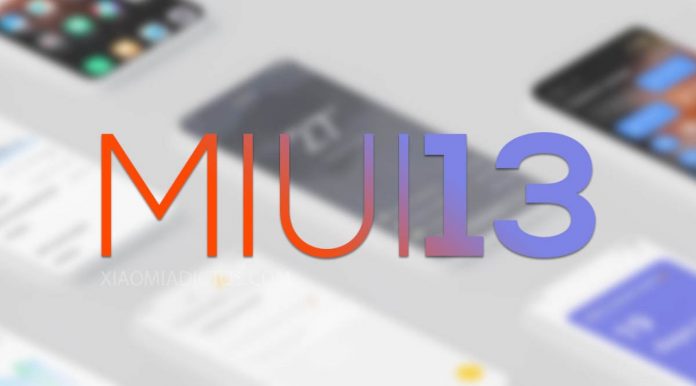 MIUI 13 work had begun. Chinese technology company Xiaomi has started rolling out the MIUI 12.5 update for its smartphones. This update, which is resolutely offered to users, has now reached the models in the first place. Now, the company has moved to the second stage and will be delivering MIUI 12.5 to these models in the coming days. With all eyes on MIUI 12.5 right now, Xiaomi has already started working on MIUI 13. Because the leaked information reveals that this interface will be announced in a short time.

The MIUI 13 interface was normally expected to replace MIUI 12.5. However, the company followed a different path and released MIUI 12.5 as an intermediate version. In general, the MIUI 12.5 update, which fixes the bugs in MIUI 12, brought smartphones to a good level in terms of performance. Now, eyes have been turned to the MIUI 13 update and the first information about this interface has arrived.

Countdown has begun for MIUI 13

According to information provided by Chinese sources, the MIUI 13 update will be released in the second quarter of this year. There are reports that the planned date is Friday, June 25.

The devices that will receive the MIUI 13 update are not fully evident at the moment. But; Mi 9 series, Mi Mix 3, Redmi Note 8 series, Mi 8 series and Redmi 8 models will not definitely support MIUI 13.

Xiaomi released the MIUI 12.5 update to the Mi 9 SE by a surprise in the past weeks. In addition, the company announced that the Mi Mix 2S and Mi 8 series will also receive this update. However, these popular Xiaomi models will not be able to receive the next interface update. Therefore, the company will continue to support only security updates.

There is currently no information about the features of MIUI 13. However, the company again; will make changes to the lock screen, main interface, animations and various effects. In addition, we can see the virtual memory feature for low-end devices in this interface.

Apple May Change Design on 2020 iMac and iPhone 12