Home Tech MIUI 12: The Best Features You Should Know 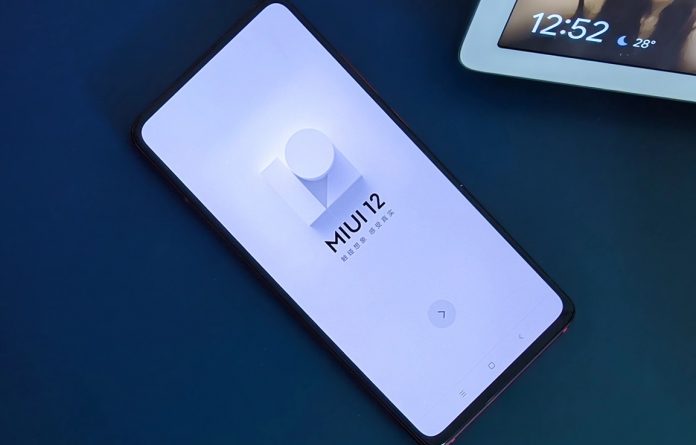 MIUI 12 work continues. Xiaomi is constantly spoken with its software as it draws attention to its smartphones. Most of the users prefer phones of this brand because of their interface. The reason for this is obvious. The MIUI interface offers dozens of customization and can be an alternative to its competitors in many areas. The company is currently working for MIUI 12.5. In the near future, this interface will be available to users. So what are the features of MIUI 12? We have compiled the best features.

Innovations brought by the MIUI 12 interface

Xiaomi has been making a lot of effort lately to make the MIUI interface more minimal and fluid. The company, which gathered reactions from users due to the MIUI 11 interface last year, has relatively solved this problem with its next update.

Offering brand new visual effects with MIUI 12 features, Xiaomi has also reached an advanced level in fluency. The company fixed its MIUI 11 stuttering issues in its new interface. However, some models still have problems with freezing and stuck on this interface. It will probably disappear completely with the 12.5 version, which is currently being prepared.

Optimizing everything from home screen to system settings, Xiaomi has undoubtedly made a huge leap forward in visual effects and fluidity. Making its interface more compatible with Android, the manufacturer also renewed the design from beginning to end. In this regard, we can easily say that MIUI 12 has achieved successful works.

As can be seen above, the menus and titles have moved into different dimensions. Mixed with the Windows and iOS interface, this design has also significantly improved the user’s navigation on the home page. It is worth noting that the icons have a more modern structure.

Xiaomi has jumped the age of animation with its MIUI 12 features. Because the company has reached a level that can be compared with iOS in this interface. For example, after you unlock the screen, the animation that welcomes you and the transitions between applications have become much better. In addition, the zooming wallpaper behind the home page also added a different atmosphere to the interface.

Xiaomi’s control center inspired by iOS is undoubtedly one of the most talked about innovations in MIUI 12. Company; separated the quick settings and notification sections with the new control center it developed. For example, when you swipe down from the top right, you will be able to access the tools, and when you do this from the top left, you will be able to see the incoming notifications. However, Xiaomi offers privileges among people who are not satisfied with this innovation. If you wish, it is possible to switch back to the old design from the notification settings.

Live wallpapers offered by Google in Pixel wallpapers have suddenly become a trend. Xiaomi soon brought this innovation, which is unique to Pixel models, to its own smartphones. Wallpapers that came with MIUI 12 are now a favorite of Xiaomi users. The company even further diversified these wallpapers with version 12.5.

Xiaomi’s super wallpapers feature is unfortunately not supported on every phone. This feature, which has been developed to be compatible with high-end devices, only works on new generation and flagship phones. However, it is possible to install it to third-party software with different methods and to all Android devices.

The focus mode included in the MIUI interface is reminiscent of OxygenOS’s Zen mode with its features. This new feature brought by Xiaomi to the MIUI 12 interface allows you to work more efficiently. For example, you have to study for an exam, but keep an eye on the phone all the time. Here’s the limit for dealing with the phone during the time you turn on focus mode. You can keep a distance between you and the phone with periods of 30, 60 and 90 minutes. You can enable the focus mode feature in the screen time settings of your devices.

One of the best features the MIUI interface has gotten lately is the sunlight mode. This setting, which is added for smartphones, brings the brightness of your device to the maximum level under sunlight. You will need to turn off the current auto light setting to use this feature.

Using smartphones is often very difficult for the elderly. However, you will be able to use your devices very comfortably with the “Lite Mode” developed by Xiaomi. This mode; Slightly enlarges the screen size, icon and general user interface compared to normal. If you want to use your phones in an easier interface; You can activate Lite mode from special settings.

Floating Window stands out among the features of MIUI 12

Another feature brought to MIUI 12 is the floating window. This innovation is supported on Android 10 and higher devices. To open any application to window mode, you need to drag the application you are in towards the top right in the “recent applications” section.

You can write the features you like for MIUI 12 in the comments.