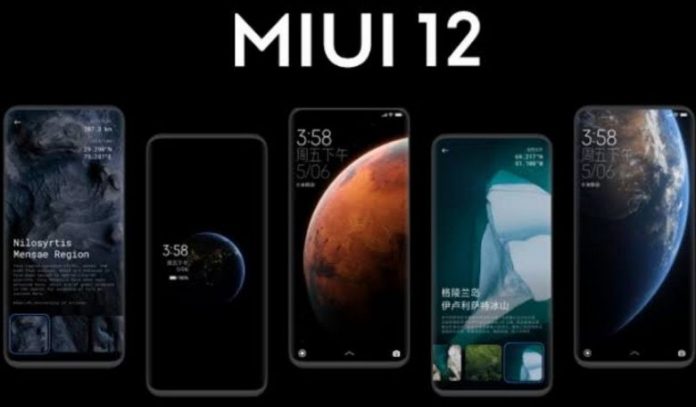 MIUI 12.5 started to reach devices step by step. So, what kind of innovations does this MIUI 12.5 , which is often on the agenda, offer?

The MIUI 12.5 interface, launched by Xiaomi in December of last year, continues to reach users step by step. The company, which completed the first stage in China and moved to the second stage, started to offer its new interface to Global models.

The Global version, which first came to the Mi 11 flagship, has now reached a few more mid-range models such as the Redmi Note 10S. So what innovations does Xiaomi’s new interface offer? What features has the company tested in beta since its introduction? Here are the best MIUI 12.5 features we have compiled for you….

The MIUI 12.5, released by the Chinese manufacturer as an intermediate version, removes the known errors of the previous MIUI 12 interface. According to the company’s promises and user reports in beta tests, this interface takes phones to an advanced level in terms of fluency and performance. Because the power consumption of phones with this version has been reduced by 25 percent, while the rate of memory consumed in the background has also been reduced by 35 percent.

Xiaomi doesn’t see its new interface as a mid-range upgrade at all. MIUI 12.5, which comes as a so-called intermediate version, definitely has full-fledged features and greatly improves the user experience compared to the previous versions. While this interface focuses on system fluency, it also brings some improvements to smartphones visually.

After MIUI 11, Xiaomi started to pay more attention to visual effects. Because the company, which announced the super wallpapers feature with the MIUI 12 interface, further diversified this feature in the MIUI 12.5 version. The company with the new update; Added a set of live wallpapers like Mars, Earth and Mountain. In recent weeks he even updated this with the “weather” wallpaper. When users apply this wallpaper, the appearance of the home page will be adapted to the current weather conditions.

Another innovation introduced by MIUI 12.5 is the updated notification sounds. System sounds with the company’s new interface; It brings natural animal sounds from four major habitats to smartphones. These sounds, created with the help of Sound artists from all over the world, offer users the sounds of many creative animals in nature.

In addition to system sounds, Xiaomi also customized haptic feedback in its new interface. Users will now be able to experience updated haptic feedback on many functions they will perform in the interface. However, this feature will only be available on a limited number of devices.

Recently, companies have highlighted the issue of privacy. While both Apple and Google took serious measures in this regard, Xiaomi gave more importance to this issue in its new interface. Now users are in this version; It will be able to manage all permissions in areas such as clipboard protection, file storage, browser and location, and also track movements.

In addition to the above features, Xiaomi also renewed the Note application from top to bottom. Users can now add mind notes and create brain maps. In addition, the company; The graffiti function offers a number of other innovations, such as finger painting.

Xiaomi’s new interface update definitely offers very useful features on the ecosystem side. The connectivity features, which were previously available in Huawei and various brands, are now coming to Xiaomi with the MIUI + feature. With this innovation, users will be able to do the following on the computer;

That’s all new to MIUI 12.5 right now. This interface, which is seen as a turning point for Xiaomi users; It definitely offers a top level experience both visually and in terms of fluency.

Little Nightmares 2, review: back to a nightmare