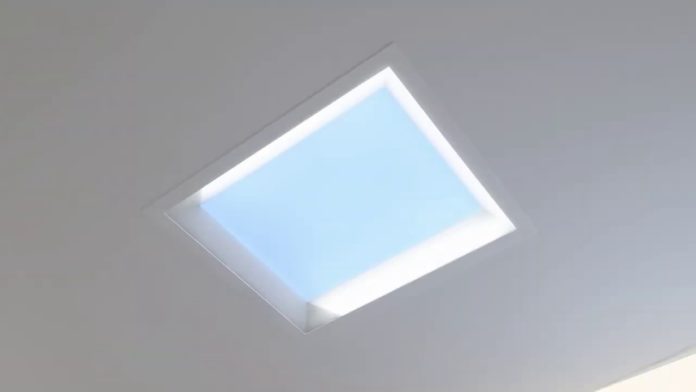 Mitsubishi introduced the new lighting system that will illuminate dark work environments like ‘days’. Thanks to a special panel that simulates daylight and LED bulbs, dark environments seem to be illuminated by sunlight.

The dull white shade of fluorescent office lighting can sometimes be uncomfortable. Mitsubishi thinks it can create a convincing reality with a cleverly designed LED light that simulates daylight. The LED illuminated panel makes even dark offices on the lowest floors of a building illuminated by daylight.

While most LED lighting emits light in all directions, the sunlight enters directly through the windows, not by spreading over your head in all directions. Mitsubishi developed the panels called ‘Misola’ to eliminate this difference. These panels use a recessed frame that is illuminated only on three sides and creates a shadow on the other side that makes the light source appear to be too far away.

The blue color used in the Misola panel is not an ordinary blue tint. The panel uses a special light filter that creates rayleigh scattering. Also, to make it more realistic, the blue hue changes throughout the day, mimicking lighting at different times such as mid-day and sunset. This change can be programmed manually or changed automatically.

Mitsubishi’s lighting system was primarily designed for offices, hospitals and other commercial areas. The manually programmed version of the light will be available at $ 6,200 and the automatic version at $ 6,800. The product is planned to be released in October.