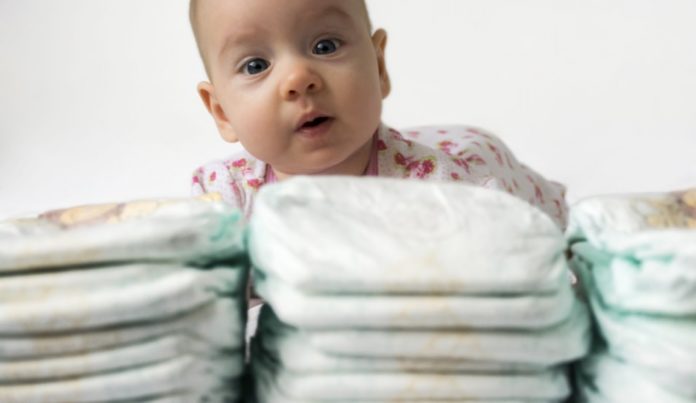 Researchers from the MIT or the Massachusetts Institute of Technology designed smart diapers that alert the mother or caregiver when it gets wet. These new generation diapers not only give alerts when wet, but also forward them to the parent if the baby has a problem with constipation.

MIT researchers designed a product that provides great convenience for families with babies. These diapers, described as “smart diapers”, warn the family when the baby is wet.

In fact, these diapers are not made for the first time. Previously, diapers that gave warnings were made by different companies when they got wet under the name of “zilli panties”. These diapers, which warn people who cannot keep their urine during sleep, were used by many people in time. But this product developed by MIT is very different from the others.

How will the product be used?
In this developed diaper there will be a reader called RFID. In other words, the sensor mechanism inside the diaper will inform the other side when it feels wet. Wetness will warn the mechanism and trap the liquid in it. “Hydrogel” used to absorb the liquid is already used in diapers and pets. It is planned to have a disposable disposable cloth.

These smart diapers not only give alerts. At the same time, thanks to the technology it contains, it will record the problems of babies such as constipation, incontinence, incontinence, and send a warning to the parent. According to the researchers, these smart diapers do not just have to be used to stimulate mothers, fathers or caregivers. Health personnel working in the newborn unit can also be used. It was stated that the ‘smart’ diaper in question could be useful for nurses who take care of more than one baby or for those who care for babies.

MIT AutoID Lab researcher Pankhuri Sen stated that an Internet-connected RFID reader can be placed in a baby’s room to detect wet diapers, at which point it can send a notification to the phone or computer of a caregiver or mother that the diaper is wet. It is stated that not only babies but also elderly people or animals can benefit from smart diapers. There is no clear date on when the product will hit the market because the diapers are still in development.