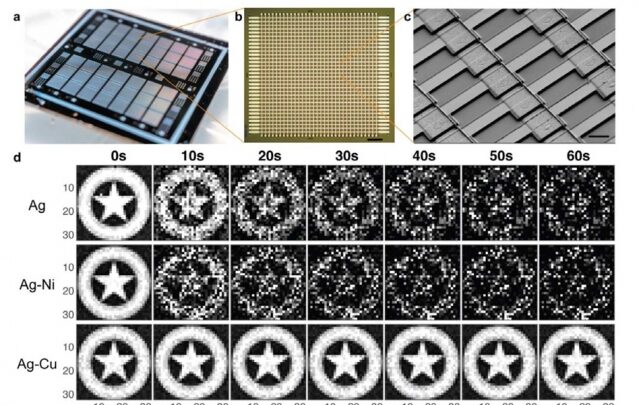 MIT researchers have managed to develop a small chip that contains tens of thousands of artificial synapses. Thanks to this technology in the future, we will be able to have superb computers or artificial brains that can perform complex operations without connecting to the internet.

As technology and science continue to advance at full speed, we are one step closer to the realization of what we see in the science fiction complex. In the future, we may have small, artificial intelligence brains that can work without supercomputers, the internet or cloud servers.

According to MIT researchers, we are one step closer to this future with their new “brain-on-a-chip” design. MIT engineers managed to fit tens of thousands of artificial brain synapses, also known as memorizers, into a single chip of smaller size than a piece of confetti.

In their research, published in the journal Nature Nanotechnology, the researchers explained how the chip they developed, inspired by the brain, recalled and reconstructed the gray-scale image of Captain America’s shield and changed it by sharpening and blurring the MIT’s Killian Court campus.

Although these tests are small-scale, the team expressed their belief that the design of the chip will advance the development of small, portable artificial intelligence devices and can perform complex computations that only supercomputers can do today.

MIT Mechanical Engineering Associate Professor Jeehwan Kim said, “Up to now, artificial synapse networks existed as software. We are trying to create a real neural network hardware for portable artificial intelligence systems. “Imagine that you connect a neuromorphic device that can remember lights and objects and make sudden decisions without an internet connection to the camera in your car.”

MIT is not the only organization working to develop neuromorphic chips. Apple, Google, Microsoft and NVIDIA also have their own machine learning equipment. Intel’s Lohi chip mimics the brain with 1,024 artificial neurons. However, most of the artificial brain synapses use silver. Kim’s team realizes that they can produce each memorandum with silicon and silver and copper alloys. This allows the production of one millimeter square silicon chip with tens of thousands of memorizers.

“We use artificial synapses to perform real inference tests,” Kim said in the press release. We want to advance this technology for larger scale image recognition tasks. One day, you will be able to carry artificial minds to do such things without connecting to supercomputers, the internet or cloud servers. ”

HyperX Makes Black Friday With Discounts Of More Than 40% On...

South Korea Will Have The First Metaverse City In The World!