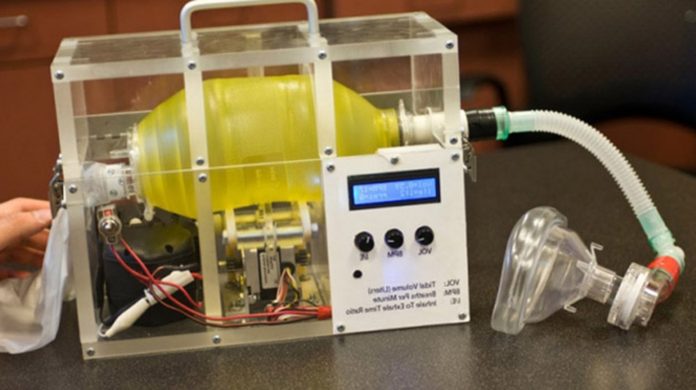 The low-cost ventilator E-Vent was developed to assist in the treatment of Covid-19, caused by the new coronavirus. The prototype, created by MIT, costs US $ 100, the equivalent of R $ 510 in the current quote, aims to be an option to traditional devices, which should not be enough to meet all cases that require artificial respiration. In addition, the model is available in open code to be reproduced by anyone. It is worth remembering that the United States leads the number of people infected, and the deaths have already exceeded 1,000.

In Brazil, Coppe, a postgraduate research and engineering institute at the Federal University of Rio de Janeiro (UFRJ), also developed a cheaper fan to help fight the disease caused by the virus. According to O Globo, the tests should start as early as next week.

According to a survey by The Washington Post, traditional mechanical fans are priced between US $ 25,000 and US $ 50,000, somewhere between R $ 127,000 and R $ 255,000, depending on the model. Therefore, initiatives can make a difference in combating the effects of the pandemic. In the case of MIT, the fact that it is an open source design means that it will not have a registered patent. That way, anyone can manufacture it entirely without having to pay royalties to the developers.

The project was developed 10 years ago with the objective of serving places without adequate hospital infrastructure, such as rural areas and developing countries. At the time, the product did not reach the prototype stage, being reactivated now to meet the high demand for this type of hospital solution. Engineers also made modifications to the design and materials to ensure greater ease of use and extended durability.

According to a study by the Society for Critical Care Medicine, cited in the Washington Post publication, the United States has about 162,000 ventilators operating in the country, and more than 900,000 people are expected to need artificial respiration in the coming months. . MIT requested emergency E-Vent approval for the FDA, a US agency equivalent to Anvisa in Brazil. The device is currently undergoing tests on pigs and may soon be released for production and commercialization.

Brazilian pulmonary ventilator
Researchers at the Laboratory of Pulmonary and Cardiovascular Engineering at UFRJ developed a mechanical ventilator for emergency purposes that can be an alternative to traditional equipment to face the crisis. The Ministry of Health estimates that Brazil will need around 20 thousand fans in the coming weeks, but national production reaches only 2 thousand units per month.

The device promises features found in common ventilators, including valves and filters that prevent contamination of the environment by the new coronavirus, which could infect healthcare professionals. The prototype’s differential lies in its design, which provides for the use of resources available in the national market for larger-scale production.

As it has already worked in the initial stage, the ventilator will be sent to the first tests with moderate ventilation, and will be used in the treatment of a patient at the Clementino Fraga Filho University Hospital. A network of companies is already being prepared to start mass manufacturing, if the tests comply with safety standards and bring positive results.

They spaced to establish a data link