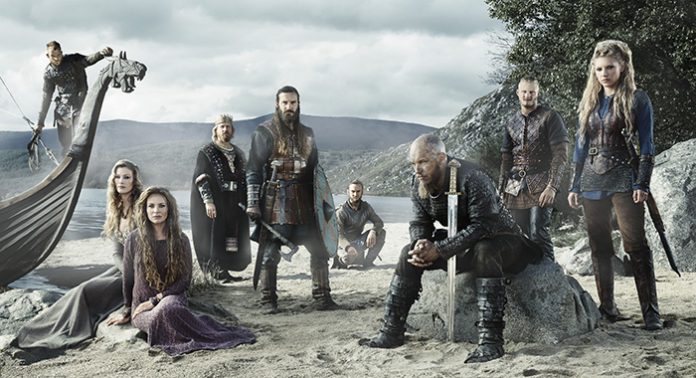 Erik the Red (Eric Johnson) is one of the main characters in the last half of the sixth season of Vikings. He was a friend of King Harald (Peter Franzén), but he was not afraid to take power for himself once Harald left Kattegat, here we will tell you the truth about the character of Erik as well as the similarities and differences he has with the real one.

Recall that Ingrid turned out to be a witch and used her powers to encourage the gods to blind Erik. Without her sight, Erik became powerless, and this gave Ingrid a chance to take control, Viking fans were shocked to find out how she had been plotting him with another slave who had previously been sold by Erik.

Eventually she and the slave worked together to devise a cunning plan to kill Erik, and they succeeded. Interestingly, Erik’s character is based on the real Erik the Red, a Norse explorer who was known to have created the first settlement in Greenland.

The creators of Vikings were somewhat inspired by the actual historical figure, the real Erik Thorvaldsson is believed to have coined the nickname due to the color of his hair, there is no mention of Erik having encountered a historical figure named Ingrid, and this is due to the fact that his character was created only for the series.

Ingrid was a popular name during the Viking era and has inspired other creative works such as Ingrid’s book, The Viking Maiden. Ingrid’s fighting character was created as one of the bravest and most powerful female stars in the series.

See Also
The Theory That Explains Why Ivar Betrayed His Family

She had one of the most dramatic arcs in the final episodes of Vikings, and her story was full of surprising twists, as she had her revenge on Erik. In turn, the real Erik the Red married a woman named Þjódhild Jorundsdottir and they had four children together.

His wife was interested in Christianity and was known to have commissioned the first church in Greenland. On the other hand, the character of Erik in the series, was in total disagreement with Christian beliefs and remained faithful to his pagan customs, his relationship with Ingrid was fictitious and became one of the most surprising elements of the last 10 episodes of Vikings.

Similarly in Vikings Ingrid was finally able to take the crown and rule Kattegat after successfully completing her plan to kill Erik for this reason her slave companion ended up stabbing him with a pitchfork, while Ingrid gave the impression that she had no idea of ​​him. plan.

Beyonce Didn’t Shine In The Nominations With Spirit

What could have happened if BTS had never debuted?