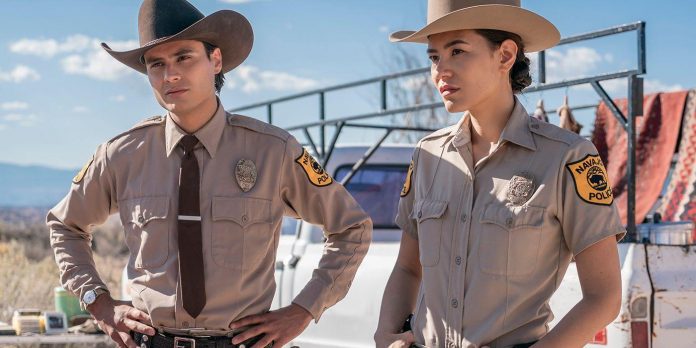 Screen Rant is proud to present an exclusive clip from the episode Dark Winds this week under the title “K’e”, which will premiere on June 26 on the AMC channel. Based on the cult book series “Leaphorn & Chee” by Tony Hillerman, the detective series has already been praised for its excellent performance and authentic depictions of indigenous people of the 70s. He has already become popular enough in the first week to get the green light for the second season.

“Dark Winds,” which, in addition to a stellar cast and a strong storyline, boasts a pedigree created by Robert Redford and Game of Thrones author George R. R. Martin, tells the story of Lieutenant Joe Leaphorn (Zan McClarnon, “Wild West World” and “Fargo”), who faces several seemingly, unrelated crimes. in his community. Although his new deputy is Jim Chi (Kiowa Gordon, Roswell, New Mexico) out of the reservation, he’s keeping secrets that will be important to both of them.

The exclusive clip provided by AMC begins with Leaphorn and Chi in the midst of an as-yet inconclusive investigation. Soon, they are interrupted for a good reason by a fellow tribal policeman, Bernadette Manuelito (Jessica Matten, “Burden of Truth”), who has relevant information about a missing Mormon family. In addition to their personal data, a receipt for the painting was found in their car, which indicates a possible abduction and robbery. Watch the full clip below:

Leaphorn decides to deal with the feds and leaves Chi and Matterhorn to monitor the situation. He has one simple request: “Try not to kill each other.” Whether they manage to get along will be seen when viewers watch “Ke” this weekend. Elsewhere in the episode, Leaphorn’s niece celebrates her Kinaalda when he takes the bodies of murder victims.

Dark Winds was created and executive produced by Graham Roland (Jack Ryan of Tom Clancy). In addition to Zan McLarnon, who is also an executive producer, Kiowa Gordon and Jessica Matten, who are the central triumvirate of the story, the series also stars Dina Ellison as Emma Leaphorn, Rain Wilson as Devoted Dan, Elva Guerra as Sally Growing Thunder. and Noah Emmerich as Whitover.

Check out our interviews with Dark Winds stars Zan McClarnon, Kiowa Gordon and Jessica Matten, as well as with the producers By Chris Eyre and Graham Roland.