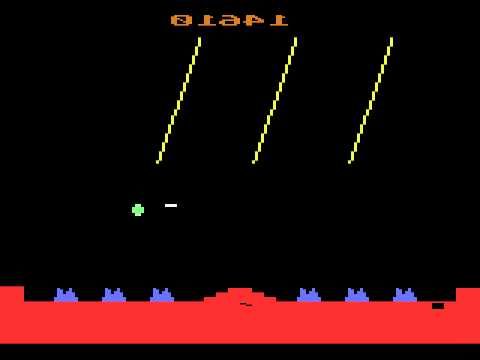 Withdrawing from the console market many years ago, Atari continues its efforts to turn the rights of the games it holds into income. The last step of the company on this path was the adaptation of Missile Command to iOS and Android.

Atari, one of the most popular game consoles of a period, continues its attempts to monetize its intellectual property rights. The company recently re-released the Missile Command and started planning on adapting the game to the movie.

The US-based company is now preparing to bring the game to mobile platforms. Missile Command: Recharged is being developed for Android and iOS platforms as a more modernized version. Although the biggest change in the game seems to be the touch system, leadership rankings, achievements and strengths are among the changes we are likely to see in the game. The game may even have augmented reality mode.

Missile Command:
The game will be released for free to play in the spring. You will also be able to purchase the ad-free version of the game at no cost. The game, which was released in 1980, will be 40 this year.

The game’s release on mobile platforms will not reveal the distance traveled by acting more clearly after almost half a century, although it is not a sufficient celebration for the age of 40. The game, which needs a large cabinet in the years it was released, will be able to be played on our smartphones, which are smaller enough to fit in this pocket.

So which game you played in your childhood would be adapted to mobile platforms, computers and new generation game consoles? Do you think that such games held a much nicer place in our memories with nostalgia feelings? You can share your ideas and games you want to adapt in the comments section.