Home Entertainment Miss Marvel: The plot not from the MCU was more interesting 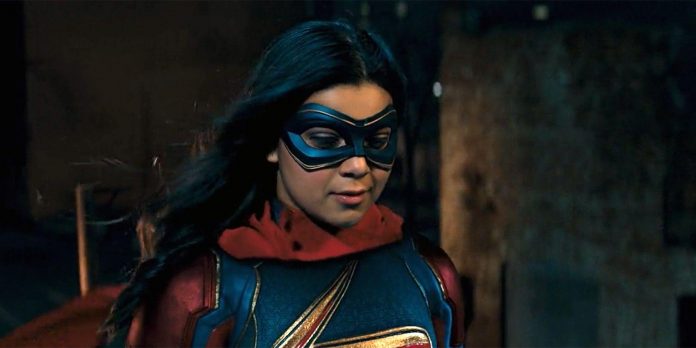 The following article contains spoilers for the Ms. Marvel finale and a minor spoiler for Thor: Love and Thunder.

Ms. Marvel had a lot to offer to fans of the Marvel Cinematic Universe. Marvel Studios’ latest miniseries introduced the first Muslim and South Asian female superhero into the MCU, it was loaded with cultural references, brought forward a new threat in the form of the Clan Destine, and possibly opened a gateway to a whole new dimension. And let’s not forget the connection Iman Vellani’s Kamala Khan now has with Carol Danvers. Despite all that, it was the non-MCU plot in the series that was the more interesting thread.

All projects in the MCU revolve around a hero, or multiple heroes, and their battle against a villain. Ms. Marvel’s villain was its weakest aspect, with the Clan Destine plot having little significance in the grand scheme of things. But the series had a lot more to offer, most importantly introducing Kamala into the MCU. This gave the character the opportunity to grow into her suit rather than being immediately placed in a large-scale Avengers project, similar to Tom Holland’s Spider-Man. Many of the added elements, including many scenes with the Khan family, which won’t necessarily feature in the MCU in the future, helped develop Kamala’s story and made her the hero that she was meant to be.

Throughout Ms. Marvel, fans watched Kamala accept and learn more about her newfound powers. In her journey, she learned about her ancestors and their history, her heritage, the Clan Destine or Djinns, and the Noor dimension. She met the Red Dagger clan, escaped the Department of Damage Control (DODC) multiple times, and became a lot like the hero she has idolized all her life. All of this has direct implications on the MCU, and Ms. Marvel covered it pretty well. But, many moments in this plot were a let-down. The MCU plot was sometimes overshadowed by the perfect representation of Kamala’s culture, and her familial interactions.

The most disappointing aspect of Ms. Marvel was its villain. The Clan Destine went from being Kamala’s allies to her biggest threat within a few minutes. After their first battle, they are easily arrested by the DODC, and it seems like the series completely forgot that they were super individuals with powers. Their prison break scene was silly, with just one DODC guard guiding five individuals with powers through an underground passageway at a supermax prison.

Immediately after the escape, they show up in Karachi to fight Kamala again, leading to some bad fight choreography and a disappointing face-off. Their final moments just before the veil between dimensions kills them is also confusing. One minute, Najma wants nothing else but to get to her world, and after an emotional speech from Kamala, she quickly changes her mind. It was almost as bad as Gorr the God Butcher changing his mind at the last minute, and wishing for his daughter to be brought back after Thor’s emotional monologue in Thor: Love and Thunder. It felt like the writers were quickly trying to wrap up Najma’s arc, so they could move on to more important things. The Clan Destine were introduced into the MCU, only to be represented so weakly that it almost seems like a disservice. Perhaps Kamran joining Red Dagger in Karachi might carry the plot forward, but it did nothing for Ms. Marvel.

The DODC appeared as the other villain in the series, with the team led by Arian Moayed’s P. Cleary and Alysia Reiner’s Sadie Deever. While it’s supposed to be the force that stops and captures people with inhuman capabilities, the DODC was almost comical in Ms. Marvel. Despite having many officers on the force, their coordination in the action sequences is poor. Their secure facility is shown to have rusted pipes in the basement corridors, which are apparently used when transporting highly powerful individuals to their cells. The DODC does, however, offer social commentary, as it represents real-life authoritative figures who have been accused by many of being ignorant and biased.

Ms. Marvel did justice by a lot of other elements though. Kamala’s costume being inspired by gifts that she has received from family and friends was a thoughtful process, and her mom getting it made for her was a little confusing, but a sweet touch. The cultural and religious references in the series were spot on, making Kamala a relatable character. To see her interact with her family members using Urdu words and phrases felt realistic. Add to that the Pakistani and Indian music used throughout the series, and it’s a perfect recipe for cultural representation. Whether it was Kamala and her mother Muneeba’s interactions, the sibling rivalry between Kamala and Aamir, or the deep love that Samina Ahmed’s Nani has for her granddaughter, all of their familial moments stood out.

The subtle social commentary in Ms. Marvel was also fantastic. Several moments in the series highlight deep-rooted issues in society, including Islamophobia, which are typically not discussed in the MCU. When Deever first arrives at the mosque in Episode 3, the Sheikh makes it a point to remind her to take off her shoes the next time. Additionally, when Deever asks about Kamala, her friend Nakia Bahadir comes to her defense, and wants to know if the DODC is looking for her “because she was last seen at a mosque.” In the Ms. Marvel finale, when Deever returns to the mosque (not removing her shoes), all the worshippers are ready to present their ID cards. While both scenes may seem funny, they are a comment on the process of racial profiling by some law enforcement personnel. Ms. Marvel manages to highlight the issue beautifully, with subtle dialogues and nuances. The series succeeds where The Falcon and Winter Soldier failed.

One of the most important aspects of Ms. Marvel is its star cast. Many cast members are young, with no previous acting experience. Despite that, they were outstanding in the series and have brought a sense of freshness into the MCU, which is otherwise ruled by older heroes. Vellani is perfect as the bubbly Kamala, and brings a wide range of emotion to the character. It is also refreshing to see a mostly South Asian cast, considering the Khan family does originally hail from Pakistan in the comics. The series is like a breath of fresh air in the MCU, and seeing as it has high ratings and a positive overall reception, it seems like Marvel and Disney have done something right. Perhaps it’s time for the older heroes to pass on the mantle.

Ms. Marvel is streaming on Disney Plus.