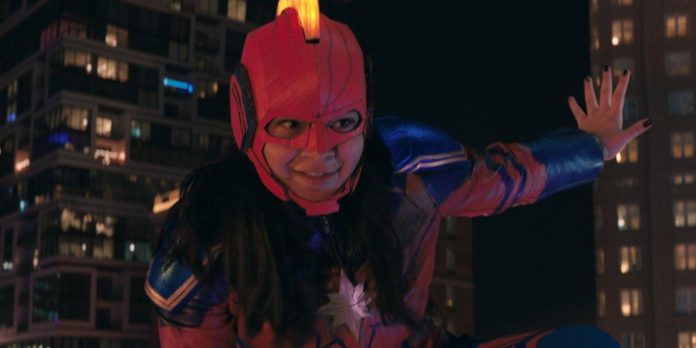 The following contains spoilers for Episode 3 of “Miss Marvel”. For all its success, if there’s one thing the MCU can often struggle with, it’s tone balancing. The MCU films have turned mostly into comedy, to the point where some of the more serious moments have been undermined by the characters’ ill-timed joke. Serious moments and comedy can obviously coexist in the same project together, but in order for this tonal shift to work, there must be a balance between both of them.

Miss Marvel, the newest Disney Plus show from the MCU, is pretty masterful at this task. It never annoys me when things switch from a lighter moment to a more intense one, because the series managed to set its tone early on. He manages to have both lighter and darker elements because they are equally important and pay attention to the characters and their relationships with each other above everything else.

RELATED: Miss Marvel Did the Right Thing by Changing the Origin of Kamala’s Powers

Ms. Marvel has a generally light tone, with a lot of silliness in the style of humor. Kamala Khan is a clumsy teenage girl and she reacts to situations just like any other teenage girl, which is part of the charm of the show. In lighter moments, she responds with a joke, especially in order to relieve tension, as a nervous teenager would do. On the other hand, serious moments seem even more serious because of her reaction, because the audience is perfectly aware of the fact that Kamala is still a child, and therefore when she is scared or upset, it makes a much greater impression.

The show focuses on its characters, which is always a really smart script choice. Instead of getting bogged down in the intricate details of the plot, Ms. Marvel cares more about the development of relationships between the characters. It also helps to balance the tone, because studying the dynamics of a character can lead to a variety of situations and can have an impact, whether it’s a light or heavy moment. Focusing on Kamala’s family can lead to moments like the one when her parents walk into the room with an AvengerCon plan in which her father is comically excited about putting on a Hulk costume, only for the tone to change to something more serious when Kamala hurts her father’s feelings. The shift does not seem forced, and in fact seems to be a natural development of the situation.

The show also has a general air of sincerity, which means that both the comic moments and the serious moments seem sincere. A lot of it also revolves around the cultural elements the show focuses on, as viewers gain insight into Kamala’s family heritage and religion. It is clear that this show was created by people who share Muslim and Pakistani culture, and for them, because all the scenes in which these elements are used always seem so sincere and real. For example, there is a palpable joy in the wedding dance scene, although it doesn’t necessarily move the plot forward, it makes it fun and easy to spend time with the characters before things get tense again. It gives a window into the lives of these characters, and the viewer feels this happiness and levity with them.

Many Marvel movies and TV series fall into a trap: characters are written too “joking” to the point that they don’t even feel like real people anymore, because they make sarcastic comments every five seconds and can’t just respond. sit down for a minute. Obviously, since these characters aren’t really real, they will never fully feel like real people, but this was pointed out by many Marvel viewers and they were disappointed. It’s hard to treat characters when they’re all written as witty pranksters who can’t have a serious moment, or when they have one, it feels awkward and unnatural and like a sharp turn away from the tone. the previous scene.

Ms. Marvel manages to avoid this by making her characters and the world seem somewhat realistic and alive, as much as possible in the superhero media part. When the viewer is so passionate about Kamala and her journey, it’s easy to overcome ups and downs with her. The tone of the show reflects the experience of teenage life, when at one moment everything is funny, and at another something dramatic or tense happens, and the mood drops. The more serious moments in “Miss Marvel” are also not incredible depressants, so they are less annoying if you mix them with these comedic elements. As long as the show can continue to maintain this tonal balance in the future, it is on track to become one of Marvel’s projects with the best tone management in a very long time.

The Witcher: revealed the entire cast of the second season

Who are the Bumblebee actors and characters?