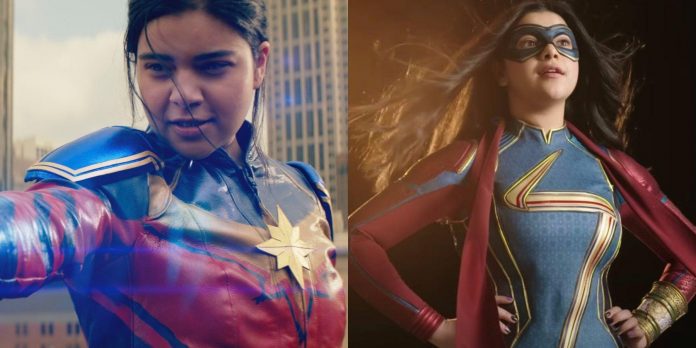 “Miss Marvel” is finally out on Disney Plus, and the formation of the “Young Avengers” is getting closer to reality than ever before. Star Iman Vellani spoke a little about the role of Kamala Khan during a conversation with Jimmy Fallon.

Miss Marvel follows Kamala Khan, who becomes the main character after discovering her superpowers. Khan is a big fan of the Avengers and superheroes of his world. Knowing that she herself will someday want to become one of her idols, the young hero already starts with a kind heart. Ms. Marvel has done a great job of fixing Kamala Khan’s life before she discovers her abilities.

On the Tonight Show, Vellani went on to comment that the role of Miss Marvel was the very first acting role of an actress right after graduating from high school. Fallon then asked how she got the role. “My aunt sent me WhatsApp about the casting. Super sketchy!” said the actress. “I don’t know what casting looks like, but I’m obsessed with Marvel. Obsessed with Miss Marvel. I read all the comics in high school… I sent a very academic resume, and the only one I had was a headshot… and I sent my self-recording at about 3 o’clock in the morning… and the next day I got a call.”

To see that both Vellani and Khan are big fans of Marvel superheroes is incredible, and at the same time it almost feels like it should have been. It’s also nice to see that Marvel Studios is giving a role of this magnitude to a new talent, rather than someone who has been seen in numerous projects, because it gives viewers a fresh look when an unknown performer steps into the role.

Be sure to watch “Miss Marvel” as soon as the next episode comes out. There are some connections to the overarching narrative of MCU films, and the show also provides a point of view that can’t usually be found in most superhero movies.

“Miss Marvel” is currently available on Disney Plus.

WWE missed the opportunity to create an image of Liv Morgan