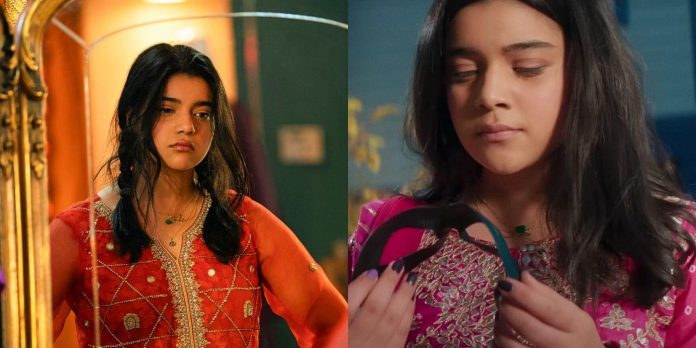 The ongoing Disney+ series “Miss Marvel” revolves around a teenage girl Kamala Khan and her experiences after she found a mysterious bracelet that activates her superpowers. Her pleasant personality and supportive friends influenced her path to becoming a hero, and in the process she uttered some memorable lines.

Kamala’s best quotes from the series so far often perfectly reflect her wit, humor and struggle as she struggles with the idea of doing good with her newfound abilities. While fans are looking forward to what will happen to the young hero, it’s time to look back at some of her unforgettable lines from the series.

“Sometimes someone can come out of nowhere and do something amazing.”

In the very first scene of the series, Kamala’s monologue about Captain Marvel shows how much she idolizes and respects the hero. She believes that the Avenger’s actions during the battle with Thanos prove how cool she really is.

Most importantly, it means a lot to the main character that Captain Marvel, it would seem, appeared “out of nowhere”. She unknowingly predicts her future, as she is going to find a bracelet that will forever change the trajectory of her life. Although she has yet to do “something amazing,” she seems to be heading in that direction.

“Should I calculate my future before lunch?”

When Mr. Wilson (aka Gabe) calls Kamala to the principal’s office, they have a serious conversation about her future. Gabe scolds her for constantly “looking into space” and reminds her that she should be thinking about “going to college”, “SAT”, “essays” and “applications”. She even starts dreaming during this discussion, proving his point.

Kamala’s cheerful response that she is figuring out her entire future before lunch reflects her laid-back nature and disinterest in what is usually expected of high-achieving students of her age. At this point, she has other things to worry about, like the fast-approaching Avengercon event.

“So there’s a thing called Avengercon. You know, it’s really something incredible.”

A few MCU Easter eggs at Avengercon still make it one of the highlights of the show, but it wasn’t easy for Kamala and Bruno to get there. First of all, Kamala has a hard time convincing her parents to let her go to what they consider to be a party with booze and boys.

It’s worth it when best friends come there, as they have a lot of fun in the booths and take pictures with cosplayers. Kamala even joins the Captain Marvel costume contest, and this is also the first time she wears a bracelet that awakens her powers.

“I can’t do any normal teenage stuff in this house, right?”

Kamala loses her cool when her parents refuse to let her go to Avengercon, as they just don’t understand why she would want to attend such a ridiculous event (in their eyes). She even pulls her brother Aamir to her and tells her Munibe and Yusuf that “if he had asked,” they would not even hesitate to say yes.

Yusuf’s response to her words that she cannot do “any normal teenage act” only aggravates the situation, since calling her “abnormal” is not entirely comforting. This line highlights her tangled relationship with her parents, who are not keeping up with her modern interests.

“Am I connected to Thor?”

Kamala and Bruno make an important discovery while studying her new abilities. After Bruno informs Kamala that her “power does not come from the bracelet”, but “from within” her, she excitedly asks “if she looks like an Asgardian or something like that”, even hypothesizing that she may be a “relative of Thor”.

Fans now know that she, unfortunately, most likely will not appear in Thor films in the near future, since she is not from Asgard. As the villainess Najma later explains, she is a genie, a supernatural being known by many names, as well as the “stuff” of many children’s “nightmares” (according to Kamala).

“Maybe I spend too much time with fan art, costumes and a head stuck in fantasy land.”

After an abusive argument with her parents, who tried to compromise by dressing up as Yusuf the Hulk, Kamala confesses to Bruno about how she feels guilty. She admits that she thinks “maybe they’re right” that she’s “stuck in fantasy land.”

Fortunately, Bruno reminds her that dressing up as Captain Marvel isn’t weird, it’s a big part of her interests and who she is. He is always ready to give her good advice, despite the fact that he is her age, since his closer point of view helps to balance the unreasonable strictness of her parents.

“It’s not really the brown girls from Jersey City who are saving the world.”

The series showed how Bruno’s support is an integral part of Kamala’s life and happiness, even before she got her powers.