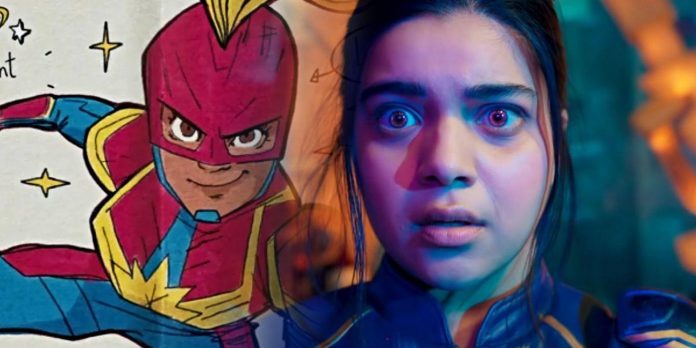 Miss Marvel’s secret weapon seems to have already been destroyed by Marvel Studios’ proven formula. The series starring teenager Iman Vellani as Kamala Khan debuted on Disney+ on June 8, bringing with it a fresh look at a typical superhero story. However, given that episodes 1-5 are already being broadcast, and the first season finale will take place on July 13, unfortunately, it seems that Ms. Marvel has already run out of steam.

In an ocean of action-packed superhero stories in the fourth phase of the MCU, Ms. Marvel focused viewers’ attention on Kamala Vellani, a dreamy teenager from New Jersey and an Avengers superfan, especially idolizing Carol Danvers, also known as Captain Marvel. After discovering a mysterious bracelet inherited from her great-grandmother, Kamala finds herself in the world of superheroes, genies and otherworldly dimensions. The bracelet gives Kamala incredible abilities that allow her to amplify the light around her, which she mainly uses to create platforms with hard light and increase her fists (akin to her comic counterpart). Episodes 1 and 2 of “Miss Marvel” introduced the teenage superhero in a way unique to Marvel, but since then, something seems to have been lost in the episodes.

While Miss Marvel received a huge amount of feedback after the first episode, the rest of the series was met with exceptionally positive reviews. This is largely due to the more mundane, human feel of the story and the smooth integration of live action and animation. Despite this, viewers may have noticed a serious lack of animation in later episodes of “Miss Marvel,” leading many to wonder why Marvel Studios could have destroyed the secret weapon for the show before it actually started.

Miss Marvel’s animation sets it apart from other MCU shows

Ms. Marvel’s fresh animation style, used in tandem with live actors, was one of the main advantages of the series. When viewers first saw this new style during teaser trailers, many were shocked by the new direction for Marvel, wondering if it would continue in the real show. Episodes 1 and 2 of Miss Marvel were filled with animated moments, especially evident during Kamala’s daydreams at school or in the car, her excitement over a grand escape plan to the Avengers Conference, and again when viewers watch graffiti traveling with Kamala and Bruno while they try to determine her superhero nickname.

The new style was completely refreshing for the MCU’s Phase 4 and seemed to put Ms. Marvel one step ahead of other, more traditional Marvel series, Disney+. However, while episodes 1 and 2 of Miss Marvel featured these exciting animation moments, the rest of the series seems to have forgotten about animating anything other than Kamala’s actual abilities. Perhaps this is due to the change of director. Adil and Bilal, the directors of the first episode of Miss Marvel, influenced the use of animation to enhance reality and reflect the uniqueness of Kamala herself, but perhaps other directors were not so comfortable using animation. The lack of animation may also be a deliberate attempt to show that Kamala Khan in the MCU is growing up over the course of the series.

Despite this, Ms. Marvel feels strangely empty without the animation that viewers were introduced to at the beginning of the show. Fortunately, whatever the reason for the loss of animation in “Miss Marvel”, Adil and Bilal are returning to filming the 6th episode, which is due to be released on July 13. We hope that the return of the directing duo will bring with it the return of this fresh style, and future projects with the participation of Kamala Khan will reflect her bright personality with the integration of animation. 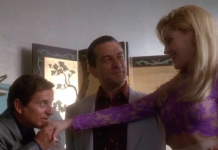 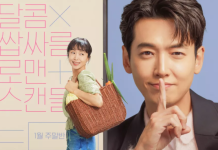 Daisy Ridley Confirmed That She Got Married After Rumors About a...