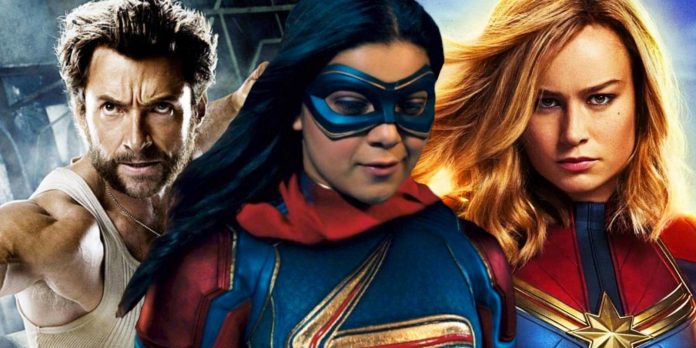 The Ms. Marvel finale makes waves with ground-shaking reveals that are set to alter the broader MCU going forward, but the episode also leaves a number of questions unanswered and character arcs incomplete. Ms. Marvel’s ending is enigmatic, with a post-credits scene that teases more than it explains, though viewers are assured via on-screen text that Kamala Khan (Iman Vellani) will return in The Marvels.

The sixth and final episode of Ms. Marvel picks up where episode 5 left off and goes on to explore Kamran, his character, powers, and feelings as he’s being hunted by the Department of Damage Control.  The finale especially explores Kamala’s growth as a hero and her impact on her community, suggesting that her origin has come full circle and she has truly become Ms. Marvel. An important conversation between Bruno (Matt Lintz) and Kamala suggests her connection to the Noor isn’t the only thing that’s given her powers, and this has big implications for the MCU in its coming phases. The series ends with Kamala’s bangle acting abnormally and displaying what appears to be some new ability.

Related: Why Is Marvel Hyping Ant-Man In The MCU Show Nobody’s Watching?

With Ms. Marvel episode 6 offering Easter Eggs, references, and exciting new plot developments, it’s no wonder that the series leaves some big questions on its viewers’ minds, particularly about the upcoming Captain Marvel sequel, The Marvels, and mutants in the MCU. While much of the future of the franchise is still shrouded in mystery, the teases made in Ms. Marvel’s finale suggest some important changes coming to the MCU as well as a place of some importance for Kamala going forward. Here’s a roundup of some of the biggest questions raised about Kamala, mutants, and the broader MCU by Ms. Marvel’s finale.

What Was Up With That End Credits Scene?

In what appears to be a show of powers much like Kamala has in the comics, Ms. Marvel’s finale has a post-credits scene where her bangle begins acting up and causes her to be thrown into her closet. A confused-looking Carol Danvers (Brie Larson), a.k.a. Captain Marvel, walks out in Kamala’s place. While Kamala traditionally has shape-shifting abilities in the comics, nothing in the series thus far lends credence to the idea that she has gained this ability. The fact that Carol isn’t wearing Kamala’s costume or bangle, and doesn’t appear shocked at her appearance also makes it seem like Kamala didn’t shapeshift here.

Marvel has come out in some force to explain this post-credits scene. Ms. Marvel showrunner Bisha K. Ali has stated in multiple interviews that it is indeed Carol Danvers standing in Kamala’s room and that viewers should be excited for The Marvels when everything will be made clear. Captain Marvel and Ms. Marvel are set to appear together in the upcoming sequel, likely due to the events portrayed in Ms. Marvel’s finale.

What Other Powers Does Kamala Have?

Ms. Marvel episode 6 shows Kamala uttering her famous “Embiggen” from the comics and shows her using her hard light powers to make her whole body bigger. This novel use of her abilities allows the differences in her powers from the comics to be minimalized, though it appears she’s unlikely to be able to shapeshift or make herself smaller. Kamala’s bangle has yet to be fully explored, showcasing abilities like time travel and teleportation in ways not yet fully understood. Perhaps Kamala’s bangle has other powers and will become a main focus in The Marvels.

Is Kamala A Mutant?

Ms. Marvel suggests Kamala is the first mutant in the MCU. A conversation between Kamala and Bruno all but states that Kamala is a mutant, and she responds to the assertion by saying that whatever is different about her will “just be another label.” This ties into the theming in Ms. Marvel about identity and community, but it also ties into the heavy themes of racism and prejudice surrounding mutants in Marvel comics. That the theme from X-Men: The Animated Series plays lightly in the background after the reveal that Kamala’s DNA is mutated makes the point as clear as it can be: Kamala is a mutant in the MCU.

Because Marvel had sold the rights to X-Men back before the MCU was conceived, the company didn’t have the ability to use the term “mutant” in any of its properties. Disney’s acquisition of 20th Century Fox reopened this door, but aside from an alternate universe Professor X cameo in Doctor Strange in the Multiverse of Madness, there’s been no sign of mutants in the MCU. Kamala’s presence changes that and gives her some important status as the MCU’s first mutant.

What Are Kamran’s Powers?

Kamran (Rish Shah) has powers in Ms. Marvel that appear to be a departure from his comic book counterpart. In Ms. Marvel, his powers are similar to Kamala’s: he makes hard light constructs. Whereas her powers seem primarily defensive and controlled, Kamran’s powers are used more offensively, and he has yet to gain the control seen with Kamala. It’s possible that there are nuances to Kamran’s abilities he hasn’t yet discovered. For example, when he was surrounded by Department of Damage Control agents, he let out a burst of power that was different than his hard light constructs.

What Role Will The Department Of Damage Control Play Going Forward?

With Agent Deever (Alysia Reiner) being disgraced and likely terminated, the fate of the Department of Damage Control after Ms. Marvel is an open question. The organization — and Agent Cleary (Arian Moayed) — have been shown to be antagonistic across two Marvel properties in Phase 4. One theory suggests the Department of Damage Control will play a role in the upcoming Secret Invasion as a potential hiding place for many Skrull. Given their penchant for appearing as antagonists to younger heroes, it’s possible they’ll come into play should a Young Avengers team ever get off the ground. Wherever the organization appears next, it seems likely they’ll keep serving as an obstacle and antagonist to heroes in the MCU.

Related: Mutants Are Officially In The MCU Now

What Does Bruno’s Note Say?

In a quick moment toward the end of the Ms. Marvel finale, Bruno is shown wearing a CalTech sweater and surreptitiously dropping an envelope into a locker at his school. Based on context, it’s likely that the locker is Kamala’s. Ms. Marvel shows Bruno to be one of the smartest people in the MCU. It’s no surprise that CalTech would want a budding genius like him among its ranks. It could be suspected that this is Bruno writing a note for the girl he clearly has feelings for to confess his affection before he moves across the country. The episode then skips forward a week. Bruno hasn’t left for CalTech yet and he, Nakia (Yasmeen Fletcher), and Kamala are all still hanging out. The note feels like a hanging thread to be picked up again later. Perhaps it isn’t exactly what it seems.

Will There Be A Ms. Marvel Season 2?

Marvel has confirmed that Kamala Khan will return in The Marvels. It’s unclear exactly what that means for a potential Ms. Marvel season 2. There are certainly many storylines that feel cut short or not explored with the depth that they deserve, leaving too many unanswered questions for one movie to explain. Kamran, the Red Daggers, Bruno, and Nakia all have stories left to tell. Ms. Marvel was originally ordered as a limited series. It remains to be seen if a season 2 will happen or if some of its dangling storylines will be picked up in future movies. With Ms. Marvel‘s finale leaving so much room for further exploration, it’s likely we haven’t seen the last of its many characters.