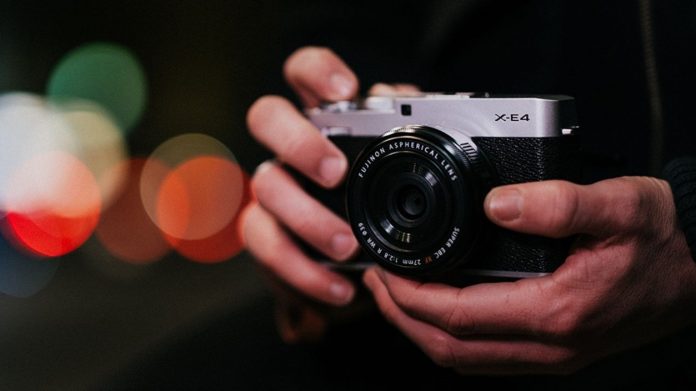 Fujifilm introduced five new products at the X Summit event. These products include lenses in addition to camera models. Fujifilm, one of the known names of the lens side, came to the mirrorless model with new features at today’s event. The X-E4, which has a much thinner design, is said to be the most compact and interchangeable lens X-series camera to date. Features and price of the Fujifilm X-E4:

Japan-based technology giant Fujifilm announced the X-E4, which it describes as a compact, interchangeable lens and mirrorless camera in its X series. The camera has special dials for shutter speed and exposure compensation. It should be noted that the model, which hosts a moving screen, also includes a 26.1 Megapixel X-Trans sensor, like the X100V model.

In the machine where the P setting for the fully automatic program mode has been added, the holding device on the front has been removed for a better grip. On the video side, 4K / 30fps shots can be made. The camera, which can record 8-bit video in 4: 2: 0 format, can also store these shots in its internal storage.

At the event, the GFX 100S, XF70-300mm, along with the 102 Megapixel giant sensor, were announced next to the X-E4 model. In addition, 2 camera lenses also appeared at the event.

The Fujifilm GFX 100S houses a medium format sensor, in addition, it has a compact body. When we look at the remarkable features of the model, there is a stabilization feature on the body and a 4K shooting feature in addition to advanced auto focus.