Home Entertainment Mirror Knight is a unique PVP boss of FromSoftware, which has not... 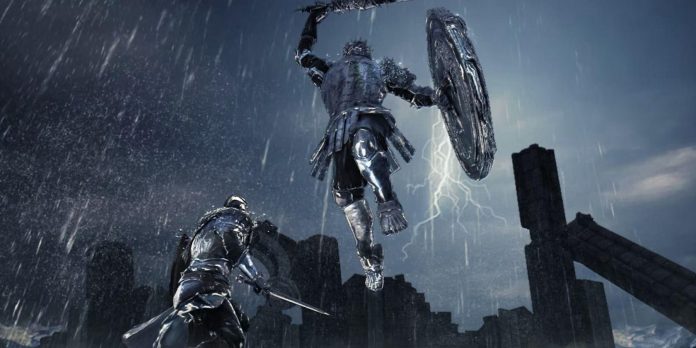 Among fans of the Dark Souls series, Dark Souls 2 is considered a black sheep, as players are fairly divided on the quality of this particular game. However, despite the fact that a large number of bosses in Dark Souls 2 contains a certain lack of quality among the list as a whole, some encounters, such as the Mirror Knight, stand out as one of the best in the series.

In particular, the Mirror Knight makes its own unique contribution to the series, as it combines a regular boss fight and a difficult PvP battle. This wasn’t an entirely new concept for the Souls series by the time Dark Souls 2 was released, but this particular boss succeeded in this concept in a way that later games like Dark Souls 3 failed to achieve more.

Mirror Knight as a PVP boss

To say that the Mirror Knight is a PVP boss may lead those who have never fought this boss to think that the player gains control over a powerful enemy whenever someone else tries to challenge him. Although this is not entirely true, the result is much closer to the boss on the invading player’s side when trying to win a duel against another player. Similarly, this means that the player challenging the Mirror Knight not only has to fight an already difficult boss, but the difficulty increases rapidly as the invader brings his own Dark Souls 2 PVP build into the clash.

For players who enjoy being invaded in the standard areas of the Dark Souls series, this is an incredible opportunity to truly test their skills. Not only is there now an enemy on equal terms with the host player, but this enemy also has a backup copy of the Mirror Knight himself, who can easily end a fight with a single attack or combo if left alone. Of course, this task only works if the Dark Souls 2 PVP servers are active and the player has a stable Internet channel, but many players consider this opportunity to be one of the brightest in the series.

Even without access to real players, the Mirror Knight can still summon reinforcements in the form of several NPCs, none of which is as strong or smart as the other person, but any of which can still kill the host. Thus, the clash not only turns into an impressive single boss, but also eventually turns into one of the infamous FromSoftware duos. PVP opponents or non-player characters even arrive with a completely different set of movements and behavior than the original Mirror Knight, which makes the clash much more dynamic, since there simply aren’t two exact copies of enemies in the same room.

How other PVP Bosses Failed to Defeat the Mirror Knight

Longtime fans of Dark Souls series bosses will probably remember that Mirror Knight wasn’t actually FromSoftware’s first attempt at creating a PVP boss. One of the earliest attempts comes from Demon’s Souls, in which there was an Old Monk who challenged another player who started a one-on-one duel with the challenging host. In itself, it wasn’t exactly an impressive battle, but compared to the Mirror Knight, it lacks some spectacles and the added complexity associated with simultaneously fighting a boss and another player.

Another example from a later game is taken from the second DLC for Dark Souls 3, The Ringed City, which includes a battle with Halflight, Spear of the Church. The fight even adds a unique item known as a Ritual Spear Fragment, which can then be upgraded to a Divine Spear Fragment, to the arsenal of invading players from Dark Souls 3 weapons. However, even with this new attack method, the fight still fails due to the fact that the invader’s backup is no more than than the guardian of the picture, which again makes PVP the central boss.

Now that the Elden Ring is out and filled with players ready to invade everywhere, from Limgrave to the Ashen Capital, FromSoftware has held back, dealing another blow to the new PVP boss. Although many of the bosses in the open field are open to invasion. Regardless of whether FromSoftware is delaying another real PVP boss for the Elden Ring DLC, both the plan and the goal can be found in Dark Souls 2’s Mirror Knight.

The most unexpectedly scary moments of Stray