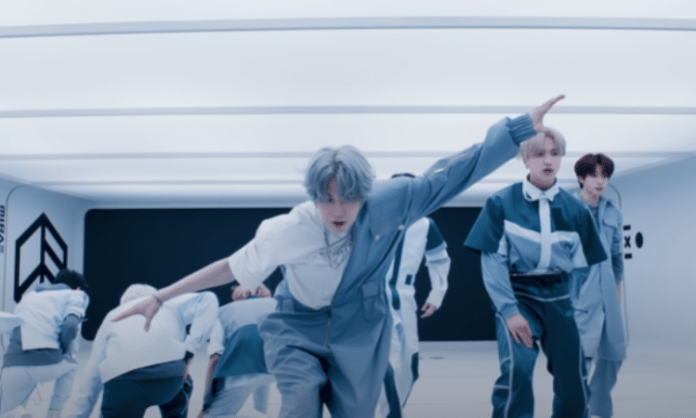 The new boy group MIRAE has just taken its first step in the K-pop industry.

The new boy group MIRAE has just taken its first step in the K-pop industry and we have to say, we love it! and for sure you will also love it, putting the strength, talent and beauty of these boys is something you will never be free of.

MIRAE , the new group DSP Media has just released their first album ‘KILLA’, with the title track of the same name. In the video, the boys showed their great vocal talents by combining them with a powerful choreography full of strong and engaging movements.

In addition, the group that just debuted, presented an innovative and striking concept adapting a magical and technological future to its history, since MIRAE members seem to exercise futuristic powers that transport them to different worlds.

Check out MIRAE’s ‘KILLA’ MV below:

MIRAE is a name that conveys the desire to walk towards the future, always breathing with the public. In addition, you can feel the bold ambition to be a team that presents a new future for K-pop . Thus, the group of boys consists of: Park Si Young, Lee Junhyuk, Lien, Son Dong Pyo, Jang Yubin, KHAEL and Yoo Dou Hyun.

Meanwhile, with their debut album, the rookie group reflects a bold and ambitious feeling of being a team that presents a new future for K-pop.

Such a bright sun: Julien hires a detective to clear Johanna!