Home Sport Minnesota Timberwolves and an incredible defeat: they marked a technical foul because... 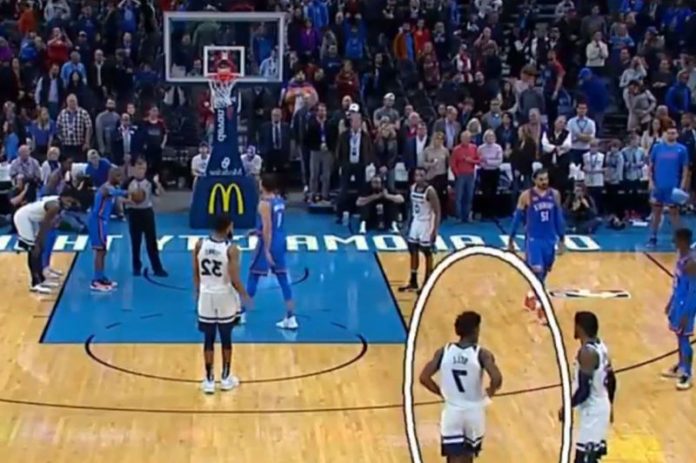 Chris Paul scored 30 points, his highest figure for the season, and Oklahoma City Thunder of Oklahoma got what looked like an unlikely victory in overtime by winning on Friday night 139-127 to Minnesota Timberwolves.

When Minnesota was up 121-119 and a second was missing for the end of regular time, Oklahoma fouled Karl-Anthony Towns. The player missed a free kick and scored a technical foul to Minnesota for game delay because Jordan Bell did not have his shirt inside his pants when he entered for a change.

It could have been an insignificant detail, but Paul noticed it right away and told the referees. Bell received a notice, the second of his team in the match, and therefore he was pointed out a technique.

Danilo Gallinari charged the technical free kick for Oklahoma City, then Towns hit his second free throw and Minnesota took a two-point lead but scored again. Steven Adams sent a pass almost the length of the field to Dennis Schroder, who scored on the plate when the clock expired and forced overtime.

Shai Gilgeous-Alexander got 29 points, Schroder 25, Adams 22 and 11 rebounds, and Gallinari 21 points for the Thunder. Jeff Teague scored 32 points, his highest number in the campaign, and Towns 30 for the Timberwolves.