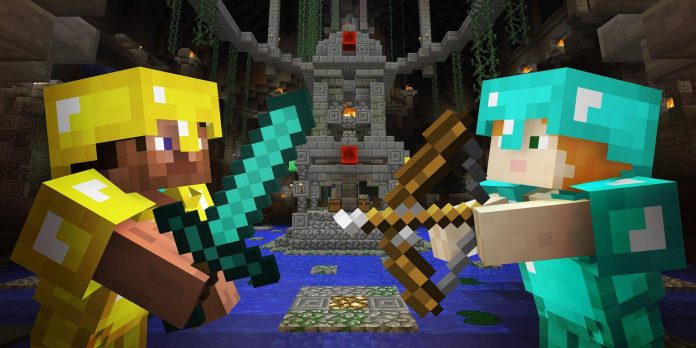 In Minecraft Java, it will finally be possible to report offensive messages in chat rooms thanks to the latest snapshot. The snapshot paves the way for the 1.19.1 update, which will focus on fixing bugs present in the recently released The Wild update. Communication problems have always been present in Minecraft, and the new measures are likely to create a more welcoming space for players.

Minecraft: The Wild Update is the latest major update for Minecraft. It introduced many features, including new biomes, mobs, and building blocks for decoration. The creation of new content faced unique challenges detailed by Mojang in developer updates, such as a snapshot bug that allowed tiny Minecraft frogs to eat whole goats. Although the food chain problem was funny, Mojang removed the bug so that Minecraft frogs wouldn’t be too aggressive.

In addition to the new features introduced in The Wild update, Mojang has released Snapshot 22w24a for Minecraft Java, testing the long-awaited feature of reporting abusive chat communication. The studio quite often tests new features and collects feedback using Minecraft snapshots. According to the developers, the goal of developing the new reporting system was to maintain a healthy community, allowing each player to feel safe. From now on, it is possible to inform moderators about the offensive behavior of individual players in the chat. To do this, the reporter must select offensive messages through the social interaction menu, which can be accessed by pressing the “P” key on the keyboard. Once there, players can also select a specific report category and leave a comment with a detailed description of the situation. During the testing period, messages may not be considered by moderators. The system will be available in the regular version of Minecraft Java after the release of version 1.19.1.

Giving players the ability to report offensive or dangerous comments in Minecraft is the next step in improving social interaction in the game. Mojang previously added a simpler feature to disable messages from certain Minecraft players, although it did not completely solve the problem. Because of this, the real offenders remained untouched, continuing hostile behavior without consequences. While this feature did give players a certain level of protection, it was reset every time they left the server, forcing those avoiding intruders to permanently mute each time they reconnected.

Prior to this feature, the owners of user servers had to cope with dangerous behavior in Minecraft on their own. However, it’s not entirely clear how Mojang plans to respond to the numerous complaints once the system is up and running, especially considering how many people are playing the game. Hopefully, there will be an automated system capable of recognizing the most common examples of abusive communication. Otherwise, it will take thousands of Minecraft moderators to make the complaints system work properly.