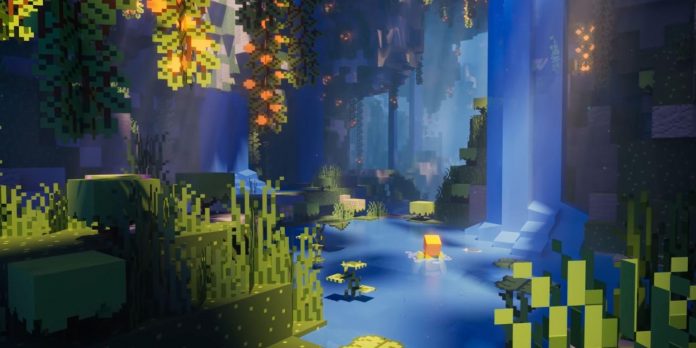 The potential of Minecraft as a creative tool is huge, and the creation of works of art is the main focus of the game for many players. Thanks to some relatively recently added blocks, buildings inspired by the aesthetics of steampunk are becoming a popular subject for builders.

Minecraft, despite being over a decade old, is supported through regular updates and ongoing community support. His latest addition, released just a few days ago, introduces a terrifying new mob and an entirely new type of biome for players to explore.

A video from the builder Omegacannon demonstrates a majestic four-legged steampunk-style house, whose legs carry a structure made mainly of copper and wood. A staircase descending from the side and a lantern hanging from the front give the structure a whimsical quality, and a small garden at the back adds a beautiful colorful ledge from the wooden walls. This would have been impressive, but the builder went even further and manually animated the legs, forcing them to move physically.

In the answers, Omegakannon explains that the cloning command was used with command blocks to animate the walker’s legs. Twelve frames of animation are hidden somewhere in the world and copied under the walker using command blocks sequentially, so that all legs move. Creating the frames would take a lot of time, but the result is an impressive effect that is rarely seen in Minecraft builds, and which gives the walker a unique look.

Many parts of the walker’s aesthetic have become possible thanks to the blocks that were added to the game relatively recently, and otherwise it would be much more difficult to convey them. Copper blocks are only a few years old, but they have an excellent texture for transmitting a metal surface, which was almost not in the game before they appeared. Each new block added in updates has great potential to improve the aesthetics of the build in Minecraft, and constant updates mean that the possibilities will only expand.

Naturally, a house on four legs can be compared to the classic animated film “The Walking Castle”, so the soundtrack edited in the Omegacannon video is the main theme of the film. The “Walking Castle” also features a steampunk-style walking house with some similar building motifs, such as four thin legs and domed living quarters. Interestingly, it was initially assumed that the film would fail in regions outside Japan, so its inspiration, spanning right up to the 2020s, shows its lasting influence.