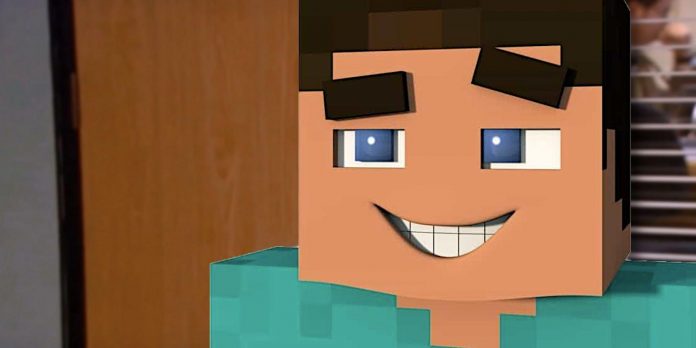 A Minecraft user decided to use the open world space to recreate one of the most famous jokes from the “Office”. As one of the most profitable video games of all time, Mojang’s sandbox game is wide open to millions of people who can come and create whatever their heart desires. This is one of the reasons why it is still popular after so many years, and fans come up with all sorts of interesting and unique ideas. Of course, the reference to the popular sitcom is no less interesting.

Given the fairly recent update of the game, it seems obvious that the developer is interested in Minecraft users continuing to return to the blocky world, discover something new or fill the landscape with whatever they can come up with. Not so long ago, there was a slight controversy due to changes in the player reporting system, many were concerned about how Microsoft, the parent company of Mojang, would be able to see chat messages even on private servers. However, this has not reduced the overall popularity of the game, and the possibility of unlimited creativity is still the essence of the game.

This also applies to recreating fan favorites, which in this case refers to the pilot episode of the American version of “The Office”. Reddit user Doubleladder86 uploaded one image from Minecraft, which shows a giant stapler encased in what looks like jelly. This is an obvious allusion to one of the jokes opening the show, and some in the comments offered their own quotes, including a reference to the cult comedy film “Office Space”. “The Office” was one of the most popular sitcoms on television at the peak of its development, and many will immediately recognize the joke with a stapler in jelly, even in such a block format.

As already mentioned, players like to make their own versions of things from already existing universes. For example, one Minecraft fan decided to recreate Bleak Falls Barrow from Skyrim, and another rethought the classic Windows XP wallpaper in the game.

These examples, as well as many others, are the reason that the game is now as strong as it was at the time of its official launch in 2011. Minecraft is a game that goes beyond age groups and is suitable for children and adults, as well as for everyone in between. . If a fan wants to recreate the famous moment of one of the biggest sitcoms of the last decade or so, then the game provides him with such an opportunity, and it seems to be a success in the Reddit community.

Assassin’s Creed Valhalla To Be Patched Next Week