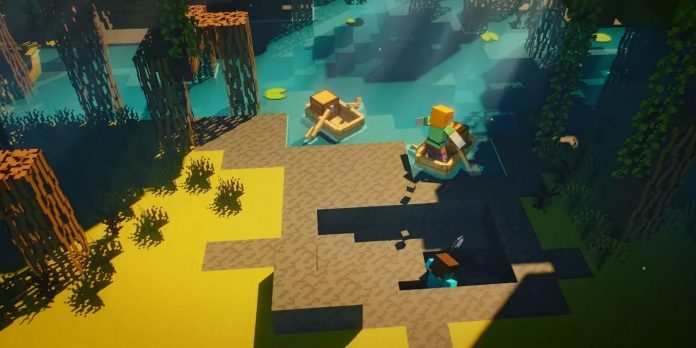 Minecraft modder decided to take matters into his own hands and create his own in-game list of player statistics. The video game itself is perfect to dispel boredom, as there is so much to do and see in it. As a result, the ability to view the progress made is very useful. From the amount of distance traveled to the damage sustained during the passage, many people like to see how their character behaves in the world, with a list of numbers that symbolize how far they have advanced.

Of course, it’s not unusual for fans to come in and change the game to some extent, and this latest addition is no different. There are many mods for Minecraft, some of which can almost completely turn it into a new game. For example, there is one in which much more furniture is implemented, such as tables and chairs. There is also one for the budding space explorer under the guise of “GalactiCraft”, which allows players to explore biomes on different planets and adds the ability to create technologically advanced items, including vehicles, rockets and solar panels.

But despite all the work that the players have put into their world, many want to get visual feedback on what they have already achieved. That’s where the “Best Stats Screen” comes into play. As PCGamesN noticed, this mod for Minecraft does exactly what it says on the package and gives a much more detailed list of player statistics. The video shows what you can expect, including information about the number of interactions with the elements. For example, there are statistics on the number of trees felled and a section called “Healthy Eating”, which allows players to find out how much of a certain type of food was eaten. The mod also has tabs and a search bar for quick access to specific statistics. Anyone who wants to try it out can download it from Curse Forge.

While some people still consider Minecraft to be a video game more suitable for children, there are many adults who like to understand the blocky world. Even without modifications, the vanilla experience is full of so much content and boundless creativity, it’s no surprise that the game is still strong to this day.

In fact, as Mojang continues to release updates for the game, it will be some time before Minecraft finally disappears from view. The fact that the community is releasing mods to further increase life expectancy suggests that the name of the open-world sandbox will be a favorite for many years to come.