Home News ”Minecraft Legends” will be released in spring 2023 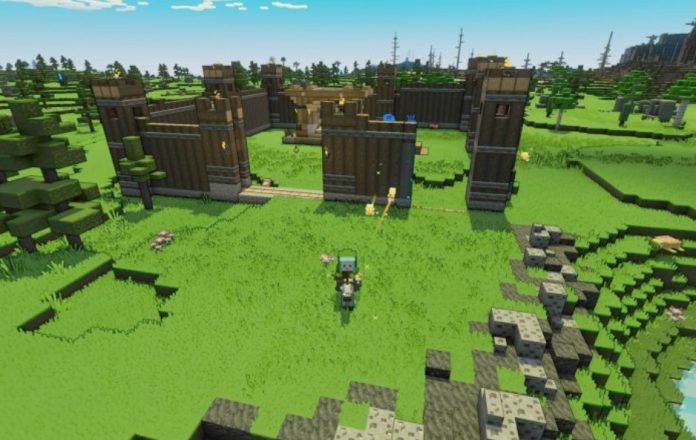 Players will lead allies in “strategic battles to save the world” in this Minecraft spin-off.

The release window of the Minecraft side strategy, Minecraft Legends, has been confirmed, the launch of the game is scheduled for early 2023.

During Minecraft Live, Blackbird Interactive shared a new Minecraft Legends trailer, which showed the correct idea of the name of the strategy in action, as well as a demonstration of a cooperative game for four players.

The studio also announced that Minecraft Legends will be released “in the spring of 2023”, but the exact date has not yet been announced.

Minecraft Legends was announced during the Xbox and Bethesda Showcase in June, and the game’s Steam page teases what awaits players.

“Explore a gentle land with rich resources and lush biomes on the verge of destruction,” the page says. “The desolating pigs have arrived, and you must inspire your allies and lead them in strategic battles to save the Upper World!”

“Explore a beautiful land, both familiar and mysterious, full of diverse life, lush biomes and rich resources needed to build your defenses and repel the invasion of pigs,” the description continues. “Inspire unexpected friends to form valuable alliances and lead them in strategic battles to protect your home.”

After launching next spring, Minecraft Legends will be available on Xbox and PlayStation consoles, as well as on PC and Nintendo Switch. It will also be possible to play through the Xbox Game Pass.

Minecraft Live was an eventful event for fans of the blocky universe, as Mojang also used the live broadcast to announce what will be in the Minecraft 1.20 update. This includes camels with saddles for two players and new bamboo making recipes, although more will be announced closer to the launch.