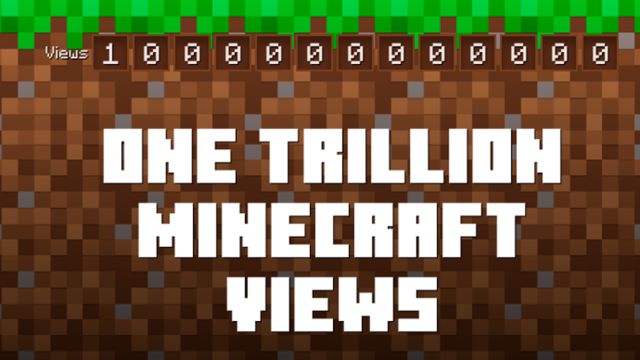 Minecraft: The Alphabet Video Channel celebrates with a new video and other activities. Minecraft breaks record on YouTube after exceeding one billion video views within the video portal derived from the Alphabet conglomerate. Since the appearance of the first video in 2009, its creators and content have grown to become one of the largest communities in the world, being a core part of the growth of one of the most viewed ecosystems on the Internet.

In 2020, Minecraft was the most watched video game on the platform created in 2005 by Chad Hurley, Jawed Karim and Steve Chen, currently it has more than 35,000 active creator channels, representing more than 150 countries and territories, within its own community. .

Mojang’s video game has accumulated more than 10 billion views on videos related to the title in Mexico. In Argentina, for its part, it has registered more than 5 billion visits.

To commemorate one billion views, YouTube has created a 3D animated video set within a video game landscape, highlighting creators and key moments from the Minecraft community around the world.

In addition to the animated video, they will implement an animated logo graphic on the YouTube home page for 24 hours. However, the platform will also feature curated playlists featuring some of the title’s biggest creators and moments.

Second, YouTube Culture & Trends has launched a dedicated gaming landing page on its official site, featuring a data visualization of top trends, creators, and videos accompanied by a series of narratives exploring the global impact of creators. who enjoy Minecraft on YouTube. For more information, visit the site here.

The platform has also partnered with Minecraft to launch the YouTube Creator Skin Pack that contains a selection of the best content creators focused on the title, as well as avatars for the game. This skin pack is free and will be available for download for one year on the Minecraft Marketplace. These avatars will also appear in a new thematic intro for an upcoming map, available December 21, in the Caves & Cliffs DLC, featuring both the voice-over and authentic likeness of the creators.

On the other hand, on Instagram, various YouTube creators will take over the @YouTube account for a day at a celebration called #MinecraftMuseum. Each of these will choose their own collection of memories and favorite moments within Minecraft.

For all the official skin pack details, visit the Minecraft homepage.

Gabby and Rachel accused fans of the bachelorette party that they...