Home Entertainment Minecraft Has Become The Best Selling Game In The World! How? 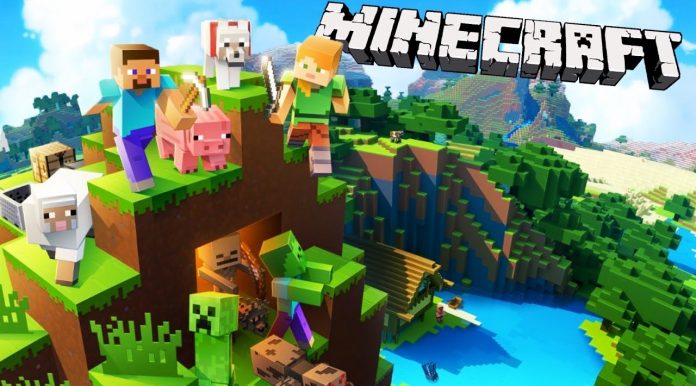 Minecraft is the world’s best selling game. The history of video games goes back nearly 70 years. During this time, we witnessed thousands of games on tens of different platforms. However, few of the games that came out managed to write their names among legends. Minecraft, which was released in 2011, is one of these productions with its impact on the game world and over 200 million sales figures.

Well, have you ever wondered about the story of this production, which is the world’s most counting game in just 10 years? We have explored the story of Minecraft and what makes it so popular.

How did Minecraft get to this point?

It all started when a software developer named Markus Alexej Persson (Notch) was inspired by an old game. Notch, who was interested in games and game development from an early age, was not a very successful student in school life. However, his interest in software prompted him to find a job at King, a Swedish game company, when he was only 18 years old. King, the developer of popular games such as Candy Crush, made Notch gain experience in the game development process.

Notch, who wanted to develop his own game after working as a software developer in various game companies until 2009, was inspired by a game called Infiniteminer and started working on his project named Minecraft. He shared the game, which was completed in a week, on a forum called TIGSource before launching it for sale. Minecraft, which quickly became popular on TIGSource, has been supported by the communities on the forum. For this reason, Notch, who resigned from his job, founded a company called Mojang Studios and started working only on this project.

The game, which was released to the public on November 18, 2011 after two years of development, sold millions of copies in a short time. Thanks to its constantly updated content and endless possibilities, the production attracted users, causing YouTube game videos to come to the top. In fact, PewDiePie, the owner of the world’s largest individual YouTube channel, made its debut with Minecraft videos.

Minecraft great success has managed to attract the attention of big companies in a short time. By 2014, Microsoft made a $ 2.5 billion offer to Mojang. Notch accepted the offer and left the company, selling the studio. Since this date, Microsoft, the owner of the studio, has managed to keep the game alive by continuing to support the game. Minecraft, which lived its golden age between 2014-2015, became the best selling game in the world, surpassing Tetris with 200 million sales in 10 years.

Where does Minecraft’s success come from?

Today, studios with thousands of employees spend hundreds of millions of dollars on developing games. However, many of them don’t even come close to Minecraft success. So what did Notch do right? How did the game, developed by a single person, differentiate studios with almost unlimited resources? Actually, there are three different reasons for this.

Having very low system requirements, Minecraft runs smoothly on almost every system. The game, which stands out with its gameplay variety and content rather than graphics, reaches more users in this way. Another reason that contributes to accessibility is the platforms it has emerged from. Microsoft and Mojang are doing their best to get the game on as many platforms as possible. Amazon There’s even a Kindle version.

With a large community of players, Minecraft manages to keep the community alive with new content. The game, which has serious mod support as well as the innovations brought by the studio, offers an experience that you can play without getting bored for 10 years. The production, which has infinite possibilities, does not limit the players in terms of what it can do. Players can build buildings, cities or even a whole country if they want.

One of the most unique aspects of Minecraft is its purpose. With no ultimate missions for players to accomplish, the game doesn’t want you to save the princess or expel the invaders from your country. Everything that is done in Minecraft happens at the requests of the players. This causes the players to feel free and their creative side to emerge.

With all these combined, Minecraft, the world’s best-selling game, is still popular today, even though it is bumpy today, and it does not seem to lose this popularity anytime soon.

Virgin River: Production reveals good and new news of the next...