Home Entertainment Minecraft: Explanation of the situation with Steve’s beard 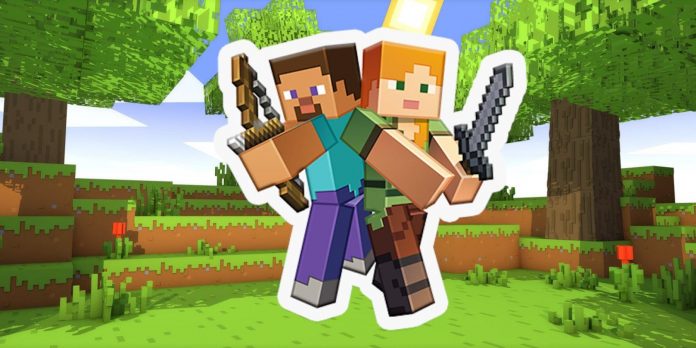 The standard Minecraft character, Steve, has managed to become a cult and has achieved enough popularity to appear in other games. Part of what made it so easy for players to get attached to him is his lack of defining characteristics that make him an ordinary person with whom gamers around the world can identify themselves. Along the way, Alex joined Steve, which made Minecraft attractive to an even wider audience.

A recent update added minor updates to both Steve and Alex, with the most notable change being the addition of Steve’s beard. This isn’t the first time Steve has facial hair, and some gamers think his beard looks more like a greasy grin. This is a minor change in the year when there were big changes in Minecraft.

Steve’s beard is coming back

Steve and Alex are one of the most popular game characters, and Steve is easily recognizable by his brown hair and blue shirt. While its overall design has remained the same throughout Minecraft’s history, it has changed slightly along the way. In particular, the character originally had a beard, but eventually lost it and lived clean-shaven for more than a decade, although he was sometimes depicted with a beard in promotional materials and in his cameos in other games. Recently, bearded Steve returned to Minecraft. Alex has also undergone minor changes, including adding a 3D layer to her hair.

Mojang did not say why Steve got facial hair again, although the beard was removed in 2009 to make the game character more gender-neutral by default. However, now that Steve has Alex, it seems Mojang no longer expects him to maintain this neutrality. This should also help to keep Steve’s uniform appearance in different games and marketing materials. Longtime Minecraft fans may be glad that Steve has finally regained his beard, although some note that thanks to the blocky style of the game, his goatee looks like a wide grin. However, it may take some time for many to notice the change, as the update only affects the standard Steve and Alex model, and many players are probably playing with their character customized to their liking using Minecraft mods.

A lot to expect in Minecraft

The change in Alex and Steve’s models is a small update for the year when Minecraft received big updates, one of the most notable of which is update 1.19, also known as The Wild. The update has added many new mobs roaming the Minecraft world, including frogs and tadpoles. Hostile Warden and Allay have also been added, which can be quite useful. He also introduced new blocks for players to mine and new biomes to explore. Minecraft fans can also look forward to the release of Minecraft Legends in early 2022, as it is a by-product that will add real-time strategy to the game.

With an iconic character like Steve, it’s unlikely that Mojang will ever significantly change him, although it doesn’t seem to have been decided yet whether he should wear a beard or not. At the moment, it seems that Steve will keep his beard, but for players who don’t like it, there are countless mods and customization options available to make him look perfect. The fact that it looks like a smile also helps him look very cheerful.

Xbox Game Pass shows 8 more games that will be released...

Starfield Will Be Shown In Summer 2022, According To Bethesda