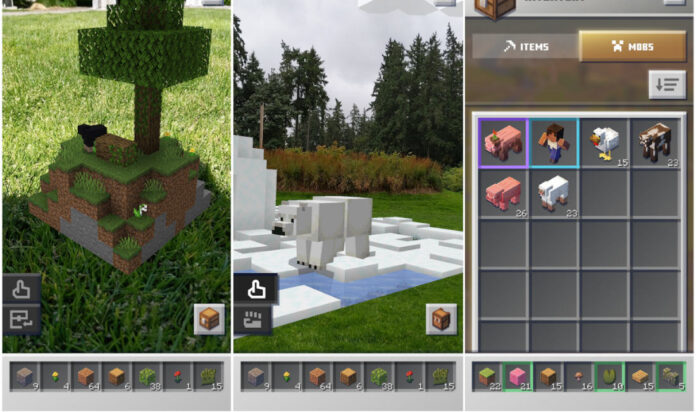 Video game studio Mojang, owned by Microsoft, has released the v0.20.0 update for Minecraft Earth, the Augmented Reality (AR) supported game, released in May 2019. The update brings lots of innovations to the game, including Season 4, Season 4, Epic Adventure Crystals, and shadow improvements.

Mojang, the studio behind Minecraft, which has broken worldwide sales records, continues to regularly update the Augmented Reality (AR) supported game Minecraft Earth, which was released for the first time in May of last year.

Released for Android, iOS and iPadOS, Minecraft Earth has managed to reach more than 5 million players worldwide, although it is a one-year game. Not indifferent to this interest, Mojang further enriches the game with regularly updated content updates.

The studio, which released the v0.19.0 update for Minecraft Earth two weeks ago, offered to download the v0.20.0 patch this time. The last update, also called the R20, brings the 4th Battle Season, Epic Adventure Crystals, new mobs and much more to the game.

The fourth fighting season, called “Dark Forest,” now allows you to complete challenges to unlock new items for your character. Let’s also say that you can get these items from the store. Daily rewards have also been expanded with new customizations, while shadows in the game have been significantly improved.

As we mentioned above, Minecraft Earth is an AR based mobile game. So your device needs to support AR technology to experience the game on your smartphone. If you have a smartphone that meets this requirement about the game, I would like to take a look at Minecraft Earth.